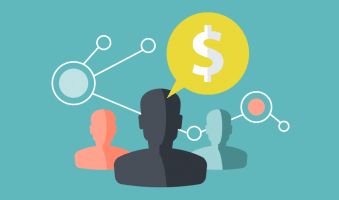 May 19, 2017 – These are critical days for credit unions. The U.S. has nearly 6,000 of them, with more than $1.2 trillion in assets, according to the National Credit Union Administration.

But with the steady retirement of Baby Boomers, among other factors, the cooperatives are facing the loss of more than 4,000 chief executive officers and senior managers over the next five years. This means that leadership development, succession planning and employee retention are more important than ever.

One group seeking new leadership is the Carolinas Credit Union League in Columbia, SC, which enlisted recruiters Credit Union Resources to lead the hunt for its new president and chief executive officer.

The position calls for the executive to take charge of strategically leading the Carolinas organization. It requires someone with proven leadership skills and executive level experience at a financial institution.

The Carolinas Credit Union League core mission is to be the primary advocate for credit unions, giving focus to the membership’s collective political voice. It unites the former leagues of North Carolina and South Carolina, each begun in 1934 by leaders committed to cooperation and the common goal of credit union growth.

Credit Union Resources is the executive search division of the Cornerstone Credit Union League, a regional trade association representing credit unions. Marcus Cotton, vice president of executive recruiting, leads the firm, which he joined in 2014, when he was brought in to develop and launch the organization’s recruiting practice. He now overseas executive search assignments ranging from senior management roles to president and CEO positions.

Just recently, Credit Union Resources was retained by WyHy Federal Credit Union (WyHyFCU) in Cheyenne, WY, to head its search for a chief lending officer. The assignment is being led by Mr. Cotton. The group chose Credit Union Resources, it said, based on the search firm’s expertise in financial services, specifically its work around credit unions. With branches in Cheyenne and Casper, WyHy FCU has nearly $215 million in assets and more than 13,800 members. It opened for business in 1953.

“As the credit union industry continues to evolve in complexity and sophistication, the need for strategically placed business partners who can provide counsel on compensation, board governance and talent acquisition has never been more important,” said Mike Juratovac, sector leader of credit union and community banking in Korn Ferry Futurestep’s North America financial services practice. The industry as a whole, he said, has become more reliant on talent consulting services, including talent acquisition, workforce planning and employee development.