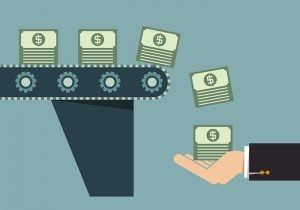 December 1, 2016 – Executive recruiters Credit Union Resources has been retained by WyHy Federal Credit Union in Cheyenne, WY, to lead its search for a chief lending officer. The assignment is being led by Marcus Cotton, vice president of executive recruiting.

The incoming chief lending officer will be responsible for developing and implementing strategic plans for the credit union and will prepare and implement an overall plan for the organization’s consumer, mortgage, and small business lending areas. The chosen chief will likely have experience in loan administration, portfolio management, and risk management.

WyHy FCU’s executive team has expressed the need for a thorough nationwide search. It chose Credit Union Resources based on the search firm’s expertise within the financial services industry and specifically its work in the credit union marketplace. With two branches in Cheyenne and Casper, WyHy FCU has nearly $215 million in assets and serves more than 13,800 members. It has been operating since 1953.

Credit Union Resources is the executive search division of the Cornerstone Credit Union League, a regional trade association representing the interests of credit unions. Mr. Cotton joined the company in 2014, when he was brought in to develop and launch the practice. He overseas executive searches ranging from senior management to president and CEO.

According to the National Credit Union Administration, there are nearly 6,000 federally insured credit unions in the U.S., with more than $1.2 trillion in assets.

According to research from credit union specialist recruiters D. Hilton Associates, more than 4,000 of the credit union industry’s CEOs and senior managers have left or will be leaving the workforce in the next five years. Therefore, according to one of the firm’s most recent reports, leadership development, succession planning and employee retention have never been more critical than now.

“As the credit union industry continues to evolve in complexity and sophistication, the need for strategically placed business partners who can provide counsel on compensation, board governance and talent acquisition has never been more important,” said Mr. Juratovac. The industry as a whole, he said, has become increasingly reliant on talent consulting services, including talent acquisition, workforce planning and employee development.

Credit Unions have been looking to executive search firms in droves to fill senior leadership roles. Here’s a look at a few recent assignments taken from the Hunt Scanlon archives.

Check Out These Related Articles On Search Firms Being Retained For Searches: