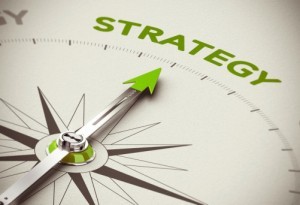 Ms. McCord comes to East Idaho C.U. from Mid Missouri Credit Union, where she most recently was SVP of marketing. Over 16 years, she served in multiple roles at Mid Missouri, including VP of marketing and marketing manager. She also served as vice chairman, central chapter of the Missouri Credit Union Association and board director of the Waynesville-St. Robert Chamber of Commerce.

“I am excited to introduce Tracy to East Idaho Credit Union as our VP of marketing. She brings not only pertinent and valuable experience in the credit union industry, but also an outlook and ambitious attitude that our institution is sure to benefit from. We are very excited to have her on our team,” said Brad Bauges, East Idaho C.U. president and CEO.

East Idaho Credit Union was founded in 1935 under the name Idaho Falls U.S. Government Employees Federal Credit Union. Today, it remains one of the oldest Credit Unions in Eastern Idaho and operates under both a community charter and an expanded charter based on occupation. It provides local services to small and under-served communities in Eastern Idaho.

According to research from D. Hilton, more than 4,000 of the credit union industry’s CEOs and senior managers have left or will be leaving the workforce in the next five years. Therefore, according to one of the firm’s most recent reports, succession planning and employee retention have never been more critical than now.