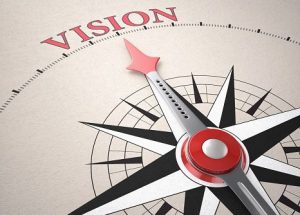 May 4, 2016 – According to the American Society of Association Executives, the U.S. is home to more than 66,000 associations, encompassing professional membership societies and trade organizations. Each of these institutions is evolving due to the changing economy, political landscape, and demographic shift of its members. But like their private-sector counterparts, associations have specific requirements when it comes to settling on who their next chief executive will be.

To look more closely at the current breed of CEO that associations might be seeking, Heidrick & Struggles teamed up with George Mason University School of Law to survey the landscape. Their findings offer new insight into the mission-critical roles CEOs now play in these important institutions and how the organizations are evolving alongside their retooled chief executive requirements.

Today’s associations are being run more like multinational corporations. They recognize that to be effective they must focus and narrow their scope — meaning that some otherwise important activities will be left off of their agenda. Association CEOs must therefore be an active part of setting vision and mission.

Against this backdrop, more than 40 percent of respondents to the Heidrick / George Mason survey underpinning this report’s findings say it’s becoming more difficult to define a vision for organizations in the future; 30 percent say it’s harder to communicate effectively with internal and external stakeholders to build support for the mission, goals, and direction of an organization; and 22 percent say that it has grown harder to clearly define the purpose of an organization.

It is perhaps unsurprising then that the top-cited concern among association CEOs is around mission and organizational vision; this finding supports the hypothesis that the fundamental role of the association is evolving. The problem seems to be sit with divergent stakeholders who seek to add new and expanded commitments to an organization’s mission, thereby diluting its focus.

“Like other industries, associations are not immune to changing stakeholder expectations and demands, be it from the boardroom or members of their industry at large,” said Julian Ha, Heidrick’s trade association and government affairs search practice leader and one of the authors of the report.

The second-most cited focus area for association CEOs is membership outreach and retention, and 45 percent of respondents say that retaining and growing membership is harder than before.

The third top focus area for CEOs involves the way associations are governed, more broadly defined as board management. Today’s association board members are more engaged than ever before and they feel an increasingly intense fiduciary duty to ensure their organization stays on track.

Like their counterparts in multinational corporations, association CEOs say technology  has played a significant role in the change they see. Members and other stakeholders now expect greater access to association CEOs, including through social media — a burden that almost half dub increasingly cumbersome.

But when describing the characteristic that is most challenging to them personally, association CEOs overwhelmingly cite “fundraising ability.” Given the importance of raising funds to support an association’s operation, this gap suggests that many CEOs step into the role without enough training in this critical skill.

Interestingly, this operations-oriented ability is low on the list of characteristics that CEOs classify as belonging to exceptional leaders, but those who develop these skills will clearly be ahead of the curve in the world of association leadership, according to the report.

“Association CEOs must continue to step up,” said Ms. Ha. “Boards are engaged and they are demanding more transparency and results.”

Inherent to taking the top spot at any organization is having to make tough decisions. CEOs everywhere may be heartened by this report’s finding that 74 percent of respondents admit they doubt themselves when making a major decision with a high degree of uncertainty and high stakes. This result mirrors the feelings of private-sector CEOs, 71 percent of whom said in another survey that they also have doubts in such circumstances.

When asked what their toughest decisions have been about, respondents describe a wide range of experiences, but the top answer is “senior personnel” (41 percent) — and many write-in answers focus on firing staff, from laying off a single person to shutting down an entire facility.

According to one association CEO: “I had to release two senior people. It was difficult to feel confident in the decision, know when to make it, and then let go of it and point forward. I learned to trust my intuition even more than I did [before].”

When making tough decisions, association CEOs are clear about who they turn to first: their senior staff (35 percent) and their current board chair (34 percent). Their reliance on these trusted, internal resources reinforces the primacy of having the right people in the right places to help inform decision making.

“Association CEOs who are well-positioned to manage through change are engaging with their boards early to establish a well-rounded vision, and relying on senior teams to make tough decisions,” said Dr. David Rehr, co-author of the report and senior associate dean and professor at George Mason.

With associations and other non-profits continuing to grow and evolve, its no wonder why close to 150 recruiting firms specialize in some form of talent acquisition in this sector.

“The non-profit search practice was usually an afterthought or ‘nice to have service’ at a bigger firm,” said  Katie Bouton, CEO of Koya Leadership Partners, a search firm dedicated to the non-profit sector. “But now, non-profits are seen as viable career paths for top industry leaders,” she added.

“The line between the for-profit and non-profit sectors is increasingly blurring, meaning that top professionals are switching back and forth between the corporate sector and the non-profit sector throughout their careers,” she noted. Top recruiters, in a perfect setting, need to be able to leverage and tap both worlds.

This makes hiring the right people potentially problematic within the industry. According to the ‘Non-Profit  HR’s Employment Practices Survey,’ 33 percent of respondents say that finding the right talent is the biggest staffing challenge they face.

“Non-profits are competing with the corporate sector for top talent,” said Non-Profit HR CEO Lisa Brown. “As the sector continues to experience growth and job seekers have more options to choose from, the lack of formal recruitment and retention strategies will become an even more serious challenge to the sector.” This dynamic, she said, has the potential to negatively impact non-profits’ ability to effectively achieve their missions in the future. “The time for organizations to get serious about recruitment, retention and culture is now,” she added.

Yet, hiring among non-profits continues to grow. According to the 2016 ‘Non-Profit Salaries & Staffing Report’ by PNP Staffing Group, more than 50 percent of hiring managers are reporting staff increases. The report found that the non-profit sector has grown by 20 percent over the last 10 years. Who will manage them from the top and oversee their expansion remains open for debate.

Check Out These Related Articles On Recruiting Association Leaders: