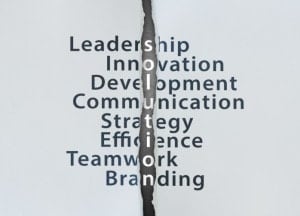 February 17, 2016 – Ex-Egon Zehnder partner, Rob Sloan, has launched Starboard Tack Advisors, a strategic talent development and advisory services provider to boards, chief executives and executive teams in the financial services sector. The new firm will be based in New York.

Mr. Sloan has served as a talent advisor to boards for projects including CEO succession, director search, executive and team assessment, executive succession planning and team effectiveness review. He has also played a central role in the support and development of individual leaders and executive teams, both formally and informally, over the past 14 years.

Mr. Sloan most recently served as managing director and head of the executive talent advisory practice of Sheffield Haworth, a global recruitment and human capital advisory business. There, he led efforts to broaden the range and depth of the firm’s offerings, creating a set of talent management services, including executive benchmarking, assessment, succession planning and team effectiveness consulting.

Prior to Sheffield Haworth, Mr. Sloan spent 12 years with Egon Zehnder, serving first as a global financial services consultant, then as a partner. Mr. Sloan played a key role in the development of Zehnder’s push into U.S. asset management and banking as head of the firm’s U.S. financial services practice. He established and managed a number of core bank and financial services client relationships for the firm, including Alcoa, Bank of America, Barclay’s Global Investors and Citigroup, said to be Zehnder’s largest billing client globally. In his capacity, Mr. Sloan generated more than $30 million in new revenues for the firm.

Mr. Sloan said he decided to set out on his own to take advantage of the “major shift toward more diversified services” in the executive recruiting and leadership solutions sector.

“It’s perfectly natural that we as search consultants travel up and down that entire value chain.”

Check Out These Related Articles On Search Firm Launches: