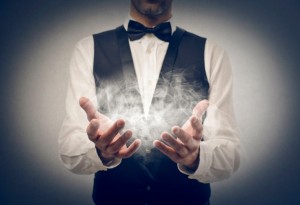 March 28, 2016 – Public company directors give CEOs considerable credit for corporate success, believing that 40 percent of a company’s overall results, on average, are directly attributed to the CEO’s efforts, according new research released by Heidrick & Struggles and the Rock Center for Corporate Governance at Stanford University.

Seventy-one percent of directors polled believe that CEOs are paid the correct amount, and 87 percent believe that CEO compensation is tied to performance. These positive views on CEO pay contrast starkly with those of the American public who strongly believe that CEOs are overpaid and that pay levels should be reduced. This disconnect in perception poses significant challenges for corporate directors.

Seventy-six percent of CEOs and directors believe that CEOs are paid correctly, based on the expected value of compensation awards at the time they are granted. CEOs (84 percent) are slightly more likely than directors (71 percent) to have this opinion. Conversely, a sizable minority of directors (25 percent) do not believe that CEOs receive the correct level of pay.

CEOs and directors are somewhat less likely to believe that CEOs receive the correct level of pay based on the amount they realize when compensation awards are earned or converted to cash. Sixty-five percent believe realized pay levels are correct. The decrease in support from expected pay levels is most pronounced among the CEO population, where only 65 percent believe take-home pay levels are correct — a 19 percentage point difference. Twenty-six percent of CEOs and 30 percent of directors do not believe CEOs receive the correct level of take home pay. Based on their commentary, some respondents believe that some CEOs are paid too much.

“We find that directors give CEOs considerable credit for corporate performance,” said professor David F. Larcker of Stanford Graduate School of Business. “While it is difficult to measure a CEO’s contribution to performance, directors take the viewpoint that CEOs are instrumental in the success or failure of an organization. These findings help to explain why CEO pay levels are as high as they are among the biggest U.S. companies: if you believe CEOs are largely responsible for their company’s success, it is understandable that you would want to offer a lot of money to encourage them to be successful.”

Nonetheless, the efforts of directors to align pay and performance are not resonating with the general public.

“When most directors think CEO pay is reasonable but most Americans believe that CEO pay is a problem, then you have a serious perception gap,” said Nick Donatiello, lecturer in corporate governance at Stanford Graduate School of Business.

“With more and more of the American public owning stock through retirement accounts, pensions, and mutual funds, public outrage over CEO pay invites legislative or regulatory intervention. Directors need to make the case clearly and convincingly that the pay they offer is not only tied to performance but that it is deserved based on market realities, performance, and the CEO contribution to that performance.”

CEOs and directors believe that 75 percent of a CEO’s compensation package should be performance-based (rather than fixed or guaranteed). This figure is largely in line with shareholder preferences and existing pay practices.

Similarly, CEOs and directors give the entire senior management team (which includes the CEO) credit for 60 percent of a company’s performance. Directors again attribute a higher percentage of overall performance to the efforts of senior management (73 percent) than CEOs do (50 percent).

Similarly, CEOs and directors are mixed on whether it is appropriate to pay discretionary bonuses when targets are missed. Forty-six percent of the combined populations agree or strongly agree that it is appropriate to pay a discretionary cash bonus to the CEO if the company misses performance targets because of factors that the board believes are outside the CEO’s control; 31 percent disagree or strongly disagree. CEOs (53 percent) are more likely to agree than directors (43 percent), but even they are mixed with 25 percent of CEOs disagreeing that discretionary bonuses are appropriate.

“These issues are contentious among shareholders, activists, and other governance experts,” said John Thompson, vice chairman of Heidrick & Struggles. “It should come as little surprise, therefore, that the divide plays out in the boardroom as well. Indeed, the correct performance measures, the correct targets, and the outcomes necessary for awarding contingent compensation are important elements of discussion, and we see directors actively engaging and debating these topics.”

Despite CEOs being tightly connected to a company’s performance many organizations still remain unprepared to fill CEO vacancies.

According to the ‘2015 CEO Succession Planning Survey,’ conducted by consulting firm AlixPartners and executive search firm Vardis, more than half of companies do not have a strong candidate prepared in the high risk, and not uncommon event, of a CEO transition. Of all respondents, 31 percent said they had no CEO successors identified, while 20 percent said their firm had just one successor identified.

Despite companies being unprepared to fill the top leadership post, executives still say that putting effective leaders in place is now more than ever seen as an urgent priority.

Yet Korn Ferry’s ‘Real World Leadership’ report found that only 17 percent of respondents were ‘fully confident’ their organizations had the right leadership capabilities in place to execute on strategic business priorities. Just over half of the respondents (56 percent) said they were ‘somewhat confident,’ while more than a quarter (27 percent) were either unsure or did not believe their teams had the necessary leadership capabilities.