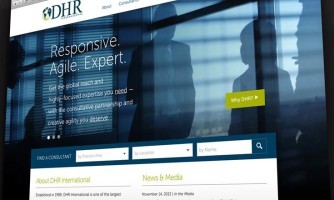 December 11, 2015 – DHR International has added Kenneth Schwenke to the firm as a partner based in the firm’s Philadelphia office. He becomes a member of DHR’s board & CEO and human resources practice groups.

Mr. Schwenke is an experienced consultant in finding executive talent, having conducted more than 400 searches for employers and clients across a wide range of industries and in roles ranging from public company board members and C-suite executives to senior functional and operational leaders. A significant portion of his work has been in the hospitality-related industries, a focus he will continue with his move to DHR.

Prior to joining DHR, Mr. Schwenke formed and led Gravitas, a boutique board and executive search firm with offices in Philadelphia and Chicago. Earlier in his career he led human resources functional teams for top-tier companies including Pepsi, Honeywell, and Aramark, where he was SVP of human resources. From Aramark, he entered the entrepreneurial world, and took his first company from start-up to a successful exit in four years, becoming the third fastest growing business in the greater Philadelphia area (Philly 100© Winner), and the first ever to win a top three growth record in its first year of eligibility.

He also served in a wide array of board roles ranging from trusteeship to public board service, with experience on over 40 for-profit boards, both public and private, in the U.S., Canada and six countries in Europe.

DHR’s board & CEO practice group conducts board of director and chief executive assignments for public and private institutions across a number of industry sectors and market capital size. DHR recently completed CEO placements for United Way of Salt Lake, NTENT and Pittsburgh’s Riverlife.

Check Out These Related Articles on DHR International: