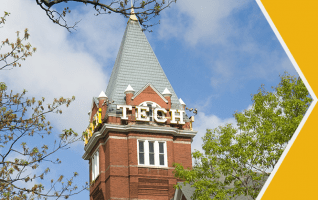 The search was led by senior executive director Gene DeFilippo, a former athletic director at Boston College, Villanova and University of Kentucky, along with Len Perna, founder, president and chief executive officer of Turnkey Search. They were assisted by recruiting associate Kyle Brown.

Mr. Stansbury has served as Oregon State’s athletic director since 2015 following a nine-year stint as the university’s executive associate athletic director from 2003-2012. During his time at Oregon State, he was part of a senior management team that raised $150 million for a football stadium expansion, in addition to fundraising for the construction of a sports performing center. He also was part of a team that established several career development initiatives for student-athletes.

Mr. Stansbury’s resume includes roles as athletic director at the University of Central Florida (2012-2015) and East Tennessee State University (2000-2003). He was Georgia Tech’s assistant athletic director for academics from 1988-1995 under Homer Rice. Now, he returns to campus to guide a department that features 15 teams in 17 NCAA Division I varsity sports.

“Todd Stansbury is committed to athletes’ success both on and off the field,” said Georgia Tech president G.P. Peterson. “His global perspective and leadership experience in athletics and development, combined with a lifelong passion for Georgia Tech, make him the ideal candidate. I believe this is one of those rare golden moments in life where opportunity meets ambition. We welcome him home.”

“I am honored and humbled to have the opportunity to return to Georgia Tech, a place that has played such a large role in my life and the place responsible for opening up a world to me that I didn’t even know existed,” Mr. Stansbury said. “I am thankful to President Peterson and the selection committee for providing me this opportunity.”

One of the ACC’s most well-rounded athletic departments, the Georgia Tech Athletic Association supports more than 400 active student-athletes utilizing a $75 million budget. Academically, 165 of Tech’s student-athletes made the 2015-16 ACC Academic Honor Roll, and more than half of the institution’s student-athletes earned a 3.0 or higher GPA that same spring.

Just recently, Turnkey Search recruited Mark Coyle as director of athletics at the University of Minnesota. The University paid Turnkey Search $150,000 plus expenses to recruit and vet candidates for the position. To find the new candidate, the school used a 16-person search committee comprised of faculty members, current and former athletes, statewide business leaders and a head coach.

Georgia Tech and the University of Minnesota are just two of an expanding number of schools turning to executive search firms to find athletics directors. Here’s a sampling of recent assignments from the Hunt Scanlon Media archives: