Menu
View our Events
Stay Connected:
In a year that dazzled with intriguing searches across all industries, Hunt Scanlon took on the challenge of finding the Top 15. In a bountiful year, we picked the best of the best search assignments. Let’s take a look back at a remarkable year for recruiters. 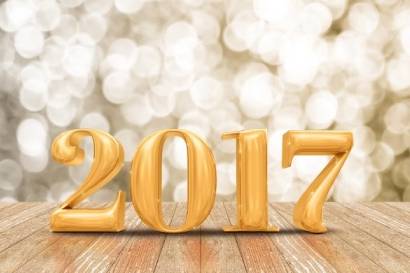 December 21, 2017 – As the year now draws to a close, it turns out that when we looked back through our archives 2017 was, simply put, a remarkable year for first-rate search assignments. Hunt Scanlon Media tracked hundreds of them. From CEO placements to those covering the bandwidth of the C-suite, our editorial team gleaned the best from every industry sector and functional discipline to create this year’s 15 most interesting list.

For search firms of every kind, it was a very good year. Important assignments for renowned clients are always a plus. But the variety of searches for such an impressive array of organizations speaks volumes about the recruitment industry’s impact on businesses, non-profits, educational institutions, sports organizations and government agencies of all kinds.

The big firms brought their reputations and sizable teams to the fore. Korn Ferry, for one, won attention for finding the first woman African-American athletic director at a Power Five School, the University of Virginia. Egon Zehnder found a new CEO for insurance giant AIG. And it was hard to miss that upstart ride service Uber turned to Heidrick & Struggles to help replace its troubled CEO.

But the boutiques won an unprecedented number of assignments that not long ago would have gone to the Big Five. Lacking so many of the potential conflicts of interest that the big firms carry, not to mention a nimbleness that the bigger firms find hard to match, the boutiques were big and clear winners this year. Yes, the Federal Reserve Bank tapped Spencer Stuart to find its next president, but it was hard to miss that Bridge Partners was also asked to join in that hunt. Shelli Herman and Associates, meanwhile, found the CHRO for the San Diego Zoo. And Koya Leadership Partners was engaged to help place Easterseals’ new leader. And those are just a few examples.

While it is nearly impossible to pick just 15 of the most interesting search assignments over a full year, that’s exactly what we’ve tried to do here. So, in case you missed any of these stories during the course of a very busy year, or if you’d like to reread what are likely some of your own favorites, here are our 15 best picks for 2017. Happy reading . . . and Happy New Year from Hunt Scanlon Media!

DHR International Recruits Head Football Coaches for Arkansas and Oregon State
Glenn Sugiyama, managing partner and global sports practice leader at DHR International, assisted in the head coaching placements of Chad Morris at Arkansas and Jonathan Smith at Oregon State University (OSU). “This year’s new early December signing day for incoming college recruits had the unintended consequence of moving the coaching hiring cycle earlier on the calendar,” said Mr. Sugiyama. “The need for executive search firms to assist with coaching hires is at an all-time high. Whether it is college or pro, the need to be able to be confidentially represented by a search firm during the season is more important than ever.”

Koya Leadership Partners Lands New CEO for Easterseals
Following a national search, Easterseals selected Angela F. Williams as its new president and CEO. The former YMCA executive is expected to lead the organization into its centennial year in 2019. Non-profit recruiting specialists Koya Leadership Partners conducted the search. Anne McCarthy, principal – executive search, and Alison Ranney, managing director who heads Koya’s Chicago office, co-led the assignment. This was a ‘big one’ for one of the best up-and-coming boutique search firms in the nation.

Federal Reserve Bank of New York Picks Two Search Firms to Find Next President
After eight years in the job, William C. Dudley will be retiring early in 2018 from his post as president and CEO of the Federal Reserve Bank of New York – one of the most high profile positions in the U.S. Federal Reserve System. In an unusual matchup, Big Five recruiter Spencer Stuart teamed with boutique provider Bridge Partners to find his replacement. Leading the Spencer Stuart team are search consultants John Harpole, Thomas Daniels, and Connie McCann. Bridge Partners is represented by the firm’s co-founders and partners Tory Clarke and Larry Griffin.

The Metropolitan Museum of Art Taps Phillips Oppenheim to Find Next Leader
The Metropolitan Museum of Art in New York is seeking a new director to replace Thomas P. Campbell, who stepped down in February. The oldest and possibly most prestigious museum in the U.S. has turned to a boutique executive search firm, Phillips Oppenheim, to fill the position. Principal Sarah James and partner Becky Klein are leading the search. Let’s face it, this type of assignment going to a boutique search provider would never have happened five years ago.

Korn Ferry Lands First Female African-American Athletic Director at Power Five School
Korn Ferry placed Carla Williams as the director of athletics at the University of Virginia (UVA). She becomes the first female African-American AD at a Power Five conference school and is the fifth active female AD at that level. Jed Hughes, a Korn Ferry vice chairman and global sports sector leader, led the assignment. Tapping athletic directors for top schools across the nation is now very big business for search firms – and Korn Ferry under Mr. Hughes is tough to beat.

Uber Chooses Heidrick & Struggles to Replace Departed CEO
In the wake of the resignation of CEO Travis Kalanick, rideshare company Uber turned to Heidrick & Struggles to help find his replacement. Mr. Kalanick stepped down amid a series of controversies, a move ultimately forced by investors who want big changes in the company’s corporate environment. Heidrick, of course, is no stranger to Uber. The search firm just placed its COO as 2017 draws to a close. Both searches demonstrate Heidrick’s continued prowess as a powerful force in top C-suite recruiting.

Shelli Herman and Associates Lands CHRO for San Diego Zoo
Los Angeles-headquartered executive search firm Shelli Herman and Associates placed Rob Spooner as the CHRO of the internationally acclaimed San Diego Zoo. President Shelli Herman led the search along with her associate, Michele Lyons. Executive recruiters like Ms. Herman are in hot pursuit of CHROs and other senior level HR leaders across the nation. These top HR professionals are now seen as integral strategic advisors to the C-suite and the best ones are now sounding boards for CEOs. Functional experts like Ms. Herman are setting new industry standards by taking us inside their work and teaching us why demand for HR leaders has reached a crescendo.

Egon Zehnder Lands New CEO for AIG
Egon Zehnder recruited Brian Duperreault as the new CEO for American International Group (AIG). Mr. Duperreault previously served as CEO of Hamilton Insurance Group. Leadership vacuums tied to a unique succession dynamic are not unheard of, but they are unusual and can be difficult for recruiters to manage. In this case, searching for a successor after a family patriarch has been in charge for decades became the challenge for Zehnder recruiters. Their task: to reassess and realign an entire executive organizational structure in the wake of the company’s longstanding CEOs departure.

Clark Langdon Partners With SoftBank On C-Suite Searches
Japanese multinational telecommunications and Internet company, SoftBank Corp., turned to recruiting firm Clark Langdon Partners to help round out its senior level management team. The search firm was charged with building out SoftBank’s new private equity investment firm, Vision Fund, in London. Co-founder and CEO Simon Clark spearheaded the relationship and search work for SoftBank. This boutique was chosen over its uptown rivals for specializing in noted high-end recruiting assignments for board directors and C-suite & senior leadership. Searching at these levels is a whole new ballgame now – and the Big Five no longer have a lock on this business.

Ventura Partners Recruits President for Zildjian
Executive search firm Ventura Partners recruited John Stephans as president of the Zildjian Company. He will report directly to chief executive officer Craigie Zildjian. Bob Damon, a partner at Ventura, led the assignment. Mr. Stephans is the former CEO of IdeaPaint. This assignment exemplifies why boutiques are gaining ground, search by search. They spend more time evaluating the cultural and leadership traits their clients seek. And, they now have the networks to back this up.

Caldwell Partners Places Chief Marketing Officer at Unisys
Caldwell Partners recruited Ann Sung Ruckstuhl as chief marketing officer of publicly traded technology company Unisys Corporation. Jim Bethmann, managing partner and co-leader of the firm’s TMT & IT services and information security practices, led the search. Caldwell might not have a lock on CMO recruiting, but the firm handles more than its fair share of top assignments across the function. Landing CMOs for Unisys Corporation and ADP are just two recent examples.

Check Out These Related Articles On Top Searches In 2017: