Stay Connected:
In an unusual pairing, Spencer Stuart and Bridge Partners have been tapped to find a new leader for the Federal Reserve Bank of New York. This key role is expected to be selected by the middle of next year. Let’s go inside one of the top financial services leadership searches of the year. 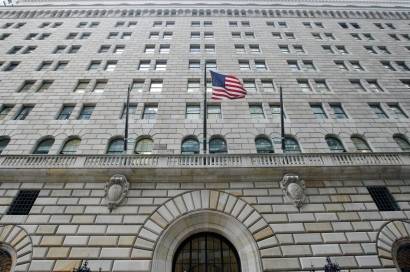 November 16, 2017 – After eight years in the job, William C. Dudley will be retiring early in 2018 from his post as president and CEO of the Federal Reserve Bank of New York – one of the most high profile positions in the U.S. Federal Reserve System. In an unusual matchup, recruitment firms Spencer Stuart and Bridge Partners have been enlisted to find his replacement.

The New York Fed’s search committee is being led by Sara Horowitz, founder of the Freelancers Union, and Glenn Hutchins, co-founder of private equity firm Silver Lake Partners. By the middle of next year, the committee is expected to choose a candidate, who must then be approved by the Fed board of governors in Washington, D.C.

The president of the Federal Reserve Bank of New York is appointed by the board of directors of the bank for a renewable term of five years. The executive is responsible for the strategic vision and leadership of the bank, according to the bank’s job description. The president is charged with developing a broad vision for the organization and plays a lead role in shaping the strategic vision for the Federal Reserve System.

Tiffany & Co. is now actively recruiting a dynamic HR leader for its UK & Ireland market. Based in London, the Director of Human Resources UK & Ireland will be responsible for all HR activity, and be an active member of both the Regional HR team and the local market’s management team. Luxury, heritage and HR all wrapped up in a little blue box. Apply Now!

The president is also expected to interact and communicate regularly with other Federal Reserve Bank leaders and the board of governors, said the organization. The individual should also maintain constructive and collaborative relationships with other Federal Reserve entities while also acting as the bank’s chief advocate where appropriate. Likewise, the president is expected to maintain effective relationships with key stakeholders in the district. And, the individual is responsible for oversight of budgeting, planning and financial management for the New York Fed.

As CEO of the New York bank, an organization with complex, challenging and sensitive responsibilities, the individual must demonstrate the common leadership traits expected of the head of any complex, interdisciplinary organization, particularly one in the public sector, the bank said.

The incoming executive must have a strategic and integrative thought process with the ability to make critical and difficult decisions, execute and follow through to completion, said the bank. The organization seeks someone who has demonstrated executive leadership of a highly sophisticated and complex organization, including a track record of people management of a large and diverse staff.

SoulCycle was built on disruption and innovation – and that carries over to the people it brings on board. Right now, this revolutionary company is seeking a Director of Recruiting to lead full lifecycle recruiting for field & corporate positions with a main focus on Leadership and Executive roles. Join SoulCycle and start conducting Executive Level search assignments on Day 1! Apply Now!

Financial services organizations are facing a new competitive landscape, regulatory challenges and a constant struggle to manage cost and efficiency. This requires strategic leaders with a multidimensional skill-set. Like all financial institutions, banks continue to turn to executive recruitment firms to find new leaders. Here’s a sampling of some important searches that are either underway or recently completed taken from the Hunt Scanlon Media Archives:

Axis Bank Ltd., India’s third-largest private bank, has reappointed Shikha Sharma as managing director and chief executive officer for a period of three years starting June 2018. The bank had appointed Egon Zehnder as its consultant to identify the next CEO. But the bank clarified that this was to be a board-approved process and may not necessarily lead to management change.

Mr. Harpole is a New York-based member of Spencer Stuart’s financial services and asset management practices. He has more than 20 years of advisory and institutional investment experience encompassing public equities, alternative- and real-assets.

Mr. Daniels is a member of Spencer Stuart’s financial officer, financial services, private equity, board services and diversity practices. He has been involved in senior level assignments for clients that include large multinationals, midcap, emerging growth, private equity and alternative asset management companies as well as organizations such as the Federal Reserve, International Accounting Standards Board and FINRA.

Bridge Partners, a boutique executive search firm, focuses on senior level diversity recruiting. Its clients include major corporations, non-profits, public sector, and entrepreneurial organizations across the U.S. and globally. The firm’s search capabilities span a broad base of industries and functions, for organizations ranging from multinational corporations to the public sector and academia. Its clients include GE, TIAA-CREF, Colgate, YMCA, Novartis, Starbucks, Habitat for Humanity and the Federal Reserve System.

Ms. Clarke supports senior global search assignments for private sector, public sector and international non-profit/social venture clients, across all functions. A 20-year veteran of the executive search industry, she has recruited diverse executives, including CEO/presidents and their leadership teams, at both head office and regional locations around the globe.

Mr. Griffin partners with clients on leadership assignments within the private, federal/public and nonprofit sectors. He has been in executive search for nearly 30 years and has recruited diverse leaders across multiple functions from CEO/executive directors/presidents, to functional heads including chief financial officer, chief marketing officer, chief information officer, chief strategy officer, and their teams.