Stay Connected:
Having a tough ride itself, the leading rideshare company is seeking a leader to help resuscitate its brand and revamp its culture. Here’s a recruiter that knows something about that. 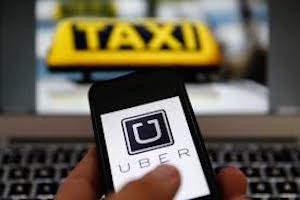 June 26, 2017 – In the wake of the resignation of CEO Travis Kalanick, rideshare company Uber has turned to Heidrick & Struggles to help find his replacement. Mr. Kalanick stepped down last week amid a series of controversies, the move ultimately forced by investors who want big changes in the company’s corporate environment.

Heidrick has led some major searches in Silicon Valley over the years. Well known, of course, is its early work for Apple. But Heidrick was involved in scores of other significant assignments, including helping to install Eric Schmidt as CEO at Google — in exchange for fees that totaled $130 million after exercising warrants that the firm took in exchange for its services after Google’s IPO. Three years ago, the recruiter helped find Satya Nadella, who was named Microsoft’s CEO.

But given the ongoing intrigue, finding a No. 1 executive for Uber could be Heidrick’s biggest challenge yet. In March, Uber retained Heidrick to lead its search for a COO to work alongside Mr. Kalanick, kicking off the company’s effort to rehabilitate its bruised image after a string of controversies. With all the high-ranking executive departures, Uber will more likely have to find an outsider to lead the company.

Earlier this year, sexual harassment allegations led Amit Singhal, Uber’s senior vice president of engineering, and product head Ed Maker to step down. In a separate incident, Mr. Kalanick launched an internal investigation after former employee Susan Fowler said in a personal blog post that she was sexually harassed and experienced gender bias during her time at the company. Mr. Kalanick responded to the post on Twitter within hours of its publication, calling Ms. Fowler’s account “abhorrent and against everything we believe in.”

Then came the famous video: Mr. Kalanick was caught arguing with his own Uber driver, Fawzi Kamel, who took the opportunity with Mr. Kalanick to share a common driver complaint. “You’re raising the standards, and you’re dropping the prices,” Mr. Kamel griped. The pair discussed the state of the ride-hail market for a few moments more before the driver lost his cool and took direct aim at his boss. “People are not trusting you anymore,” he said to Mr. Kalanick. “I lost $97,000 because of you. I’m bankrupt because of you. You keep changing every day.”

Mr. Kalanick denied that prices for Uber’s high-end service, Uber Black, had fallen much, saying instead that it is the drivers who are failing to take responsibility. “They blame everything in their life on somebody else,” he said as he was exiting the car. “Good luck!” What Mr. Kalanick didn’t know was that the Uber driver had recorded the incident on videotape, and it was soon released online.

Mr. Kalanick’s outburst was ill-timed. The company recently paid $20 million to settle allegations by the Federal Trade Commission that it recruited drivers with false promises about their prospective earnings. Mr. Kalanick has since apologized for his behavior, and going one step further, admitted that it was “a reflection” on himself and that he needed leadership help.

According to Forbes, Uber began its biggest attempt to reset its infamous “bro” culture earlier this month after its board of directors unanimously approved a set of recommendations prepared by former U.S. attorney general Eric Holder following a months-long investigation.

“There was a lot of energy in the room about Uber’s next chapter, and we will do our best to ensure that employees hear first about the changes we need to make to better serve our employees, our customers, and communities around the world,” according to a memo the company released last week. An Uber spokesman declined to comment on the story or provide additional details.

Uber, founded in 2009 by Mr. Kalanick and Garrett Camp, has become one of the most valued venture-backed private companies in the world. Its estimated valuation of $41.2 billion is second only to that of China’s smartphone maker Xiaomi Inc. Uber operates in countries in North America, Central and South America, Europe, the Middle East, Africa and Asia Pacific. It has received $1.8 billion in funding from Goldman Sachs and Google Ventures.

Uber likely turned to Heidrick because of its successful culture-shaping capabilities and expanding leadership consulting business. This is relatively new ground to trod for the nation’s top headhunters, whose core recruiting business has eroded in recent years by talent platform companies like LinkedIn, in-house recruiting and stiff competition from boutique rivals.

One result: Industry leader Korn Ferry takes in less than half of its revenue from proffering recruiting services today. Instead, it has pushed heavily into new business areas to improve workforce performance, and has made some big, bold acquisitions to help it get there quickly.

But Heidrick is the only one to have plunged into culture shaping, and it is advice in that area — along with leadership consulting — that Uber needs. Packaging both advisory services into a portfolio that includes recruitment expertise is increasingly how this search company is winning more business: half of Heidrick’s top 10 clients last year utilized it for services other than executive search. Some $75 million in leadership and culture shaping consulting fees made their way to the company’s top line in 2016.