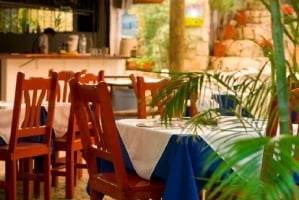 December 5, 2017 – Denver-based restaurant chain Chipotle has turned to Spencer Stuart to lead its search for a new CEO.

Founder Steve Ells is stepping down and will become executive chairman.

The board’s search committee is made up of directors Robin Hickenlooper and Ali Namvar, as well as Mr. Ells. It is charged with identifying a new leader with demonstrated turnaround expertise to help address the challenges facing the company, improve execution, build customer trust and drive sales, said the restaurant chain.

Chipotle, a favorite of Millennials, has struggled to win customers back after numerous foodborne illness outbreaks. Shares of the company dipped to new lows this summer after news emerged of a norovirus outbreak connected to one of its restaurants in Sterling, VA.

“Bringing in a new CEO is the right thing to do for all our stakeholders,” said Mr. Ells. “It will allow me to focus on my strengths, which include bringing innovation to the way we source and prepare our food. I am confident that this will allow us to deliver value for our shareholders, and provide rewarding opportunities for our employees.”

“Chipotle has vast unrealized potential,” he said. “As we work hard to restore our brand, I believe we can capitalize on opportunities, including in areas such as the digital experience, menu innovation, delivery, catering, and domestic and international expansion, to deliver significant growth.”

Succession Planning an ‘Urgent’ Concern of Top HR Leaders
Seventy-four percent of HR leaders have identified leadership succession and speed of development as the primary internal challenges they face, according to a just-released survey by talent solutions provider Lumesse and research company Loudhouse.

Mr. Ells went on to say that he was proud of the chain and its people, and grateful to its loyal customers. “While we are continuing to make progress, it is clear that we need to move faster to make improvements,” he said. “Simply put, we need to execute better to ensure our future success. The board and I are committed to bringing in an experienced leader with a passion for driving excellence across every aspect of our business, including the customer experience, operations, marketing, technology, food safety, and training.”

Neil W. Flanzraich, lead independent director of Chipotle’s board, said board directors remains firm in their commitment to the restaurant. “Steve made the decision, and the board agreed, that now is the right time to identify a new CEO who can reinvigorate the brand and help the company achieve its potential,” he said. “We are committed to recruiting a world-class CEO for this incredible opportunity.”

Spencer Stuart’s CEO practice, for its part, has conducted nearly 1,500 CEO search and succession assignments over the past five years. Veteran recruiter Jim Citrin leads the firm’s North American CEO sector group. During his 20-plus years with the firm, Mr. Citrin has worked with clients on more than 600 CEO, board director, CFO and other top management searches and CEO succession assignments.

With Chipotle looking for an executive to turnaround the company’s tarnished image, it is likely they will turn to an outsider to serve as its new leader, say recruiters uninvolved with the search.

The CEO’s Important Role in Succession Planning
At the most basic level, the CEO’s role is straightforward: driving management succession at senior levels, ensuring that the organization is developing succession-ready executives for all senior roles, and serving in an of-counsel role to the board on CEO succession.

“In the case of Chipotle,” said Scott A. Scanlon, founding chairman and CEO of Hunt Scanlon Media, “an outsider who can easily distance himself or herself from a brand that’s been poorly managed internally might have a clear edge.”