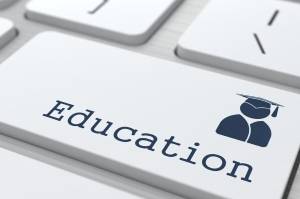 December 21, 2017 – Colleges and universities across the country are facing pressures far greater than those of years gone by. Financial stresses are mounting. Academic quality is being called in question. Public scrutiny is more intense than ever. And institutions of higher learning have become a focal point of any number of social issues, from sexual misconduct to freedom of speech.

So it is that the role of president, never one of small importance, has taken on even more significance. And executive search firms are being asked to find stellar individuals to fill those jobs.

In two recent examples, both Union College and the University of New Hampshire have enlisted recruitment firm Isaacson, Miller to help them find new presidents.

Union College, in Schenectady, NY, is among the oldest liberal arts schools in the nation. Its current president, Stephen C. Ainlay, recently announced plans to step down next June after 12 years in the role. Isaacson, Miller’s Kathryn Barry, a principal with the firm, is leading the search for Mr. Ainlay’s replacement along with associates Micah Pierce and Karen McPhedran.

Union’s president is responsible for the overall management and direction of the educational programs and activities, business operations and other affairs of the school, said the search firm. The president oversees its wide range of activities, requirements and perspectives. The individual, who reports to a 45-member board of trustees, serves as the voice for the institution’s aims and mission.

A Commitment to Liberal Arts

Union seeks a president with professional and personal commitment to the liberal arts and STEM (science, technology, engineering and mathematics) learning and appreciation for, and understanding of, the breadth of disciplines of the college, said Isaacson, Miller. The next president is expected to bring broad intellectual curiosity; an inclusive, collaborative leadership style; financial and fundraising acumen; and a natural inclination toward community engagement – both on- and off-campus.

By leveraging Union’s unique integrated academic profile, its board of trustees and community of students, faculty, staff, alumni and parents, the next president will be responsible for leading the college forward, said the search firm.

The individual is also expected to help advance and articulate the vision for Union’s future as a leading liberal arts college, making a special case for Union that inspires the entire community.

Although Union is highly regarded in the Northeast, its reputation is less established in other parts of the country, said the search firm. The incoming president will be charged with more effectively broadcasting the school’s value proposition in the competitive academic world and the emerging world of global and technological change. He or she will be expected to raise Union’s national visibility by serving as its chief advocate and spokesperson to internal and external constituencies and ensure its academic leadership among the top schools in the country.

Union’s next president will also be asked to balance the college’s commitment to access with fiscal responsibility and awareness of other priorities of the school. Union enjoys strong financial standing, said the search firm, but faces a challenging environment. With financial stresses growing for all liberal arts institutions, the president is expected to help substantially increase the endowment, address the cost structure and spending priorities, and secure and strengthen all current and future sources of revenue.

As the key external face of the institution, the president will lead the fundraising activity of the college. The individual must possess the financial acumen necessary to understand the financial structure of the school and its endowment, with the complexities typical for colleges like Union, said Isaacson, Miller.

The successful candidate, said the search firm, is expected to bring many qualities, experiences and skills to the role, including a deep professional and personal commitment to Union’s mission; a demonstrated commitment to the values of a liberal arts college; the ability to recruit, support, and inspire a faculty of scholar-teachers of the highest distinction; an understanding of the challenges facing liberal arts institutions; and the ability to articulate the value of liberal arts and engineering education in the 21st century.

The person should have experience as a visionary, strategic and inclusive leader who can bring campus constituencies to actionable consensus around bold choices for the next decade and execute large and ambitious plans with fiscal responsibility, said the search firm. Exceptional communication skills, with the ability to engage effectively with the many constituencies of the college, skillfully negotiating different points of view as well as a knowledge of college governance, including experience working with faculties and boards of trustees, are also desired.

Skills and passion for fundraising are also necessary, among other requirements.

Union College, officially chartered in 1795, was the first liberal arts college to redefine the traditional liberal arts education and adopt an engineering curriculum. The college, which is private, residential and undergraduate, offers 44 majors and is home to 2,200 students, 209 faculty, and 889 staff.

The University of New Hampshire (UNH) is the state’s flagship public research institution. With its main campus in Durham, the school is seeking a creative, visionary and collaborative leader. Isaacson, Miller’s Gale Merseth, a vice president, and Ms. Barry are leading the search along with managing associate Greg Esposito and associate David Ferguson.

UNH wants a president who embraces the university’s public service role; can communicate well to a wide variety of constituents; and who believes in the importance of transparency, collegiality, diversity and high academic standards, said the search firm.

Reporting to the University System of New Hampshire board of trustees, the president is expected to help set the strategic course for the university as it faces the challenges of a competitive and shifting marketplace and declines in the number of high school graduates in the Northeast.

The president will work to ensure that the university takes a lead in responding to and serving the state’s rapidly changing economy and workforce needs, said Isaacson, Miller. Working with faculty and academic leaders to find new opportunities for innovative programs and collaborations, the president will seek out partners in industry who can benefit from the university’s breadth of excellent programs, champion the school and build relationships with the state’s political leadership.

The new president will be expected to be a strong advocate for UNH, said the search firm. The university has a strong national profile and loyal alumni, but a more complicated reputation in the state. While state funding only accounts for about nine percent of the university’s budget, the university’s relationship with state legislators and policy makers affects the university beyond its bottom line. It will be critical for the next president to develop a constructive dialogue with the state’s political leadership, media outlets and citizens to champion UNH’s work for the state’s citizens and the relationship between the school and the residents of New Hampshire.

The individual will also be charged with helping to creatively build enrollment. Although the school has had slow and steady enrollment growth for most of the past two decades, the makeup of its students has shifted in recent years, said Isaacson, Miller. Since 2015, more than half of UNH’s students have come from out of state. The percentage of underrepresented, international and non-traditional students has also grown, reflecting changes in both the pools of high school graduates and the opportunities provided by the university. With declining numbers of high school graduates in the Northeast, the president must be thoughtful and progressive in implementing a long-term strategy that embraces new student populations and takes into account the repercussions of its decisions with respect to state support, said the search firm.

A successful candidate for the UNH president role should have any number of traits, said the search firm, including being a gifted communicator; devotion to the highest ethical standards, with personal and professional integrity above reproach; senior leadership experience in a large organization and a proven ability to help constituents achieve strategic consensus; and an understanding of the critical academic, political and business challenges facing higher education and the ability to implement strategies to address them.

UNH also wants someone with a strong commitment to public education and an appreciation for the role public role land-, sea- and space-grant institutions play; a demonstrated commitment to diversity and inclusion; and a commitment to sustainability broadly defined and the leading national role UNH has played in furthering values of environmental stewardship, social responsibility, and economic vitality.

Founded in 1866, UNH plays a key role in the region as one of only a handful of institutions in the nation with land-, sea-, and space-grant designations. More than 16,000 students from 50 states and 71 countries engage with award-winning faculty in top-ranked programs in business, engineering, law, liberal arts, social work and the sciences across more than 200 programs of study. The school has an enrollment of 16,000 students, from all 50 states, across three campuses. Nearly 800 students representing 71 countries are enrolled in various graduate and undergraduate programs.