Stay Connected:
A venerated New York art institution seeks a new director to lead it into the future. Here’s the back story along with some thoughts from legendary former Met director Philippe de Montebello on top traits to consider for museum leaders. 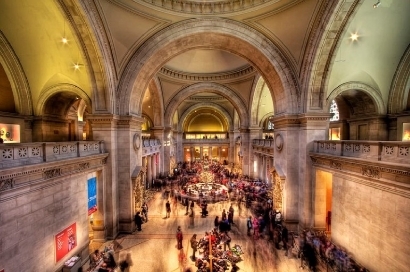 October 31, 2017 – The Metropolitan Museum of Art in New York is seeking a new director to replace Thomas P. Campbell, who stepped down in February.

The oldest and possibly most prestigious museum in the U.S. has turned to a boutique executive search firm, Phillips Oppenheim, to fill the position.

The director of the Met is responsible for the artistic vision and leadership of the museum through the work of 32 departments. The executive oversees a program of 45 to 55 exhibitions and 30 print and digital publications a year, a research fellowship program and education & public programs that reach 750,000 students, teachers and other visitors each year.

The incoming executive is expected to be a skilled and distinguished leader in the field, according to Phillips Oppenheim and former Met leader Philippe de Montebello, with an ability to develop and implement a forward vision that advances the Met’s mission and inspires supporters, staff and the public.

The incoming director is expected to be a tested executive who will be able to bring deep knowledge, gravitas, integrity and an ability to motivate and inspire a highly skilled professional staff and shape the field on the world stage. In addition, the search firm said, the right candidate will have an excellent “eye” for art and a deep commitment to scholarship and education. The individual must also appreciate and convey with passion a vision encompassing the breadth and depth of the Met’s collections, arguably one of the finest in the world. The director is also expected to have a high level of emotional intelligence to ensure successful relationship building, fundraising, advocacy, communication and team building.

The Metropolitan Museum of Art, among the world’s greatest cultural institutions, has an encyclopedic collection of more than two million objects spanning 5,000 years, an operating budget of $315 million, an endowment of $3.1 billion and a staff of 2,200 working at three sites: the Met Fifth Avenue, the Met Cloisters and the Met Breuer.

The firm recently recruited senior leaders for other non-profit organizations, including Matthew Teitelbaum as executive director of the Boston Museum of Fine Arts; Salvador Salort-Pons as director, president and CEO of the Detroit Institute of Arts; Linda McNeil Tantawi as CEO for the Greater New York City Affiliate of Susan G. Komen for the Cure; and Judy Harris Kluger as executive director of Sanctuary for Families.

“Museums, of course, have changed dramatically in the last century, particularly in the area of technology,” said Philippe de Montebello, the longest-serving director of the Met and the third longest-serving director of any major art museum in the world at the time of his retirement in 2008. “But the traits and skills of museum leaders have remained essentially unchanged,” he added.

“These individuals must be the voice of the museum and that makes it essential to have an inspired leader in place. And these leaders require, now more than ever, top notch fundraising skills,” he said. “They must develop strong relationships with donors and truly serve as the face of the institution.”

That is something Mr. de Montebello knows all too well. He served as both the voice and face of the Met as its director for 31 years. He came to the organization in 1963 as a curator in the department of European paintings and was named director in 1977. His legendary stewardship took off from there.

Under his leadership, the Met nearly doubled in size, vastly increasing its exhibition space while acquiring significant collections and masterpieces, mounting acclaimed international loan exhibitions, developing wide-reaching educational programs, and reinstalling much of its encyclopedic permanent collections in new and refurbished galleries.

Geri Thomas, president of search firm Art Staffing, who has worked with museums including the Met, told Artnet News that a director should have broad reach: “A successful candidate should have a deep sense of the public dimension of museums, and they have to have worked with boards, major donors, and funding agencies, and built partnerships. They ideally have overseen capital projects and increased revenue and visitation at their museums.”

Bruce Thibodeau, president of Arts Consulting Group, further told the art newswire that choosing the Met’s leader requires reflection that goes beyond merely filling the role: “A thorough search will involve not just an in-depth analysis of the candidates themselves, but also a thoughtful examination of how their skills and personalities would align with the Met’s existing senior staff.” He urges the museum not to rush. “Ultimately,” he said, “an effective executive search process is a marathon rather than a sprint.”