Stay Connected:
Arkansas and Oregon State both turned to executive recruiter Glenn Sugiyama to find new football coaches. Let’s go inside each search and take a look at why recruitment firms are in high demand to find athletic leadership. 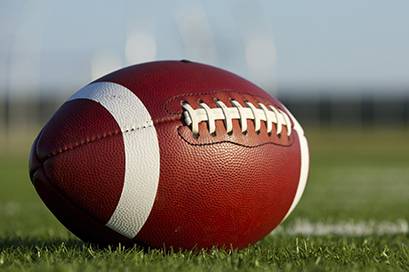 December 15, 2017 – As the college football season comes to a close for teams not competing in the postseason, expect to see a lot of firing and hiring activity involving coaches.

Schools are expected to continue to turn to search firms to fill the resulting vacancies.

In two of the latest, Glenn Sugiyama, managing partner and global sports practice leader at DHR International, has assisted in the head coaching placements of Chad Morris at Arkansas and Jonathan Smith at Oregon State University (OSU).

Mr. Morris, who becomes the 33rd head coach in Arkansas football history, has been the head coach at Southern Methodist University (SMU) for the last three seasons after a four-year stint as offensive coordinator at Clemson. During his time at SMU, Mr. Morris took the team from a 1-11 campaign in 2013, before he took over, to the program’s first bowl bid since 2012 with a 7-5 mark this season. After 16 years as a renowned head coach on the Texas prep level, Mr. Morris’ collegiate debut came as the associate head coach/offensive coordinator at Tulsa in 2010. He replaces Bret Bielema who was fired after a disappointing season.

“Dating back to their days in the Southwest Conference, Arkansas football was always strong when they recruited well in the state of Texas,” said Mr. Sugiyama. “The background of Chad Morris as a very successful Texas high school football coach gives him the unique ability to use his personal relationships to recruit in the state.”

During the interview process, he said, “Coach Morris was able to discuss the parallels between the current Arkansas football program and the Clemson program when he went there in 2011. That blueprint for success along with his turnaround of the SMU football program bodes well for the future of the Razorbacks,” Mr. Sugiyama said.

“As we began our search for the next head football coach of the Arkansas Razorbacks, Chad Morris was a name that quickly emerged as someone that would be an excellent choice for our program,” said Julie Cromer Peoples, associate vice chancellor & senior associate athletics director at Arkansas. “Coach Morris aligns with the priorities we sought to find in our next head football coach including a relentless work ethic and the ability to maintain good relationships within our state and beyond to attract the nation’s top talent. Chad is demanding but still relatable to the student-athletes of this generation. He was identified by several closely connected with our program as someone that our state would embrace and would fit the fabric of our university and our program.”

Hunter Yurachek, vice chancellor for athletics at Arkansas, said the hiring of Mr. Morris makes for a bright future at Arkansas. “I am confident that Chad will bring an exciting brand of football, phenomenal student-athletes and championships to Fayetteville, and do it all with high integrity,” he said.

Mr. Smith becomes the 17th head coach at Oregon State, replacing Gary Andersen who resigned in October. As one of the most successful student-athletes in Oregon State history, he is the first OSU graduate to serve as a Beaver head football coach. He returns to Corvallis after a successful stint at the University of Washington as offensive coordinator and quarterbacks coach. Mr. Smith spent the last four years with Washington, helping the Huskies to the Pac-12 Conference 2016 championship, an appearance in the College Football Playoff and ending the year with a No. 4 Associated Press Poll ranking.

“With every hire, fit is very important,” said Mr. Sugiyama. “However, it is even more important in a unique campus community like Corvallis, Oregon. Jonathan Smith has the unique background of experiencing two separate blueprints for success. One as a quarterback, when he led Oregon State to their last Championship season, and the second as the offensive coordinator for Chris Peterson, when he led Washington to unprecedented success in the PAC-12,” he said. “Couple that with the support he has from the university community and his own passion for OSU and the city of Corvallis and you truly have the perfect fit.”

“We are very excited about having coach Smith lead our program,” said Scott Barnes, director of athletics. “We interviewed several qualified candidates and coach Smith emerged as our top choice. He brings to Oregon State football an impressive plan to build our program. He has a unique perspective on what it means to be a part of Beaver Nation and to be successful for our student-athletes on and off the field.”

Mr. Smith described Oregon State as a special place. “I have many memories of being a part of Beaver Nation,” he said. “I played for some of the best coaches I have ever been around and learned many of the qualities I have utilized in my coaching career.”

“This year’s new early December signing day for incoming college recruits had the unintended consequence of moving the coaching hiring cycle earlier on the calendar,” said Mr. Sugiyama. “The need for executive search firms to assist with coaching hires is at an all-time high. Whether it is college or pro, the need to be able to be confidentially represented by a search firm during the season is more important than ever.”

“This year, we were announced to be working with Oregon State and Arkansas to assist them with their head coaching hires,” he said. “However, that does not include the secret, behind the scenes searches that we were asked to work on or were asked to stand-by to work on depending on whether the institution decided to make a move or not,” Mr. Sugiyama noted. “An athletic director or general manager hiring a professional executive search firm is cheap insurance to help guarantee the success of their team and the future of the executive who is going to be judged by the success or failure of the hire.”

A Leader In Sports Recruitment

DHR’s sports practice is a global specialty for the firm with capabilities that serve clients on six continents across all sports-related organizations, ranging from Fortune 500 companies and professional sports teams to public and private university athletics squads. The firm has handled searches for the University of Pittsburgh, Colorado State University, Fresno State University, San Jose State, Kansas, Syracuse, and Quinnipiac University, among others.

Described by Forbes magazine as “one of the most influential men in college athletics,” Mr. Sugiyama places talent for professional sports organizations and for top academic institutions around the world, including senior sports executives and head coaches. He is considered a human capital expert in the sports industry, and is frequently asked to share his opinions and insights in the media, and speak about his experiences internationally. Mr. Sugiyama helped recruit Jeff Brohm at Purdue and Lane Kiffin to Florida Atlantic last year.

“Using a search firm to find an AD or head coach brings many benefits to colleges, including speed, coordination and discretion in an industry where all three are vital,” said Mr. Sugiyama. “Search firms can provide many tangible and intangible items in a search process.” In addition to confidentiality, industry expertise, organization and detail, search firms can give an institution a “credible and professional third party” credibility while providing the institution “protection and plausible deniability,” he said.