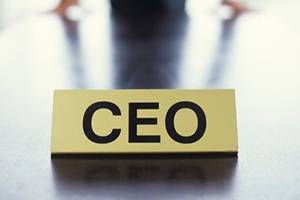 “The U.S.-China Strong Foundation board was searching for a CEO who could lead the foundation’s next stage of growth,” said Ms. Wright. “They wanted someone who could grow the organization’s new and existing educational programs and initiatives with the goal of fostering more productive, stronger relations between future U.S. and Chinese leaders.”

Mr. Holden is a veteran China expert with decades of experience in U.S.-China business and political relations. He joins U.S.-China Strong from Peking University, whereas associate dean he helped launch the university’s Yenching Academy, a full-fellowship Master’s in China Studies program for future leaders. While at the Yenching Academy, Mr. Holden traveled widely to recruit talented students from over 60 countries, the first of whom received their degrees in July.

A graduate of Stanford University and the University of Minnesota, where he studied Chinese language and literature, Mr. Holden was president of the National Committee on U.S.-China Relations from 1998 to 2005. Under his leadership, the group expanded its scope to include the U.S.-China Young Leaders Forum, the Foreign Policy Colloquium and Track II dialogues and programs on topics ranging from health and the environment to education and judicial reform. Previously, he was chairman of the board of governors of the American Chamber of Commerce in China and has held leadership positions with Cargill Inc., Hill & Knowlton and other firms with Chinese ties. Mr. Holden has lived in Beijing, Hong Kong and Taipei for more than 30 years.

“John is a veteran China expert and is widely recognized as an authority on U.S.-China business relations,” said Ms. Wright. “What made him a unique candidate was his China expertise combined with a diverse background, which included working at executive levels in business, the non-profit sector as well as higher education. John brought strong strategic and operational experience to the U.S.-China Strong Foundation.”

George Lee, chairman of the U.S.-China Strong Foundation board of directors, said he was thrilled to welcome the new CEO. “His decades of expertise in cross-cultural relations, program development and foreign policy – not to mention all things China – will allow us to build on the success of our current initiatives, enhance our programmatic capabilities and grow and expand our organization,” said Mr. Lee.

The U.S.-China Strong Foundation is a global non-profit that leads a national movement to ensure the next generation of U.S. leaders is equipped to engage effectively with China, the second largest economy in the world and America’s fastest growing trade partner.

“This position was appealing to candidates because it is a unique opportunity to lead and grow a global nonprofit whose goal is to ensure the next generation of U.S. leaders is equipped to engage effectively with China,” said Ms. Wright. “Candidates were excited to work with an engaged board of directors to shape the strategic direction of the organization, grow the team, and develop new programs and initiatives.”

Lochlin Partners, based in the Washington, D.C., area, conducts searches for board and executive-level positions within government & corporate affairs, government contracting, technology & services, higher education, the public sector, financial services and healthcare. The firm has completed CEOs searches for the American Insurance Association and the Massachusetts Bay Transportation Authority. Currently, it is leading the CEO search for Green Seal and the chief policy officer search for the American Bankers Association.

Ms. Wright has over 20 years of experience in the executive recruiting industry. She has completed searches for CEOs, board members, presidents and other functional vice presidents at start-up firms, small and medium sized public and private firms, major Fortune 100 corporations and leading non-profit entities.