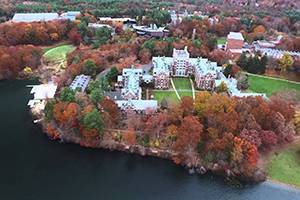 Ms. Jensen Petrulakis will serve as the principal legal officer for the college with overall responsibility for the vision and leadership of its legal strategy. Reporting to the president, Dr. Paula A. Johnson, she will provide legal advice and counsel to the president, board of trustees and other members of the college community on a broad range of legal matters.

Ms. Jensen Petrulakis was previously chief deputy general counsel for the Regents of the University of California, a $28.5 billion enterprise. She assisted in managing the office of the general counsel, which has 108 attorneys, including 62 lawyers in the system-wide offices in Oakland, 28 attorneys resident at the campuses, 11 lawyers located at the medical centers and seven lawyers at the Lawrence Berkeley National Laboratory. Prior to that, she was a partner in Crowell & Moring’s San Francisco office and a member of the litigation group as well as the firm’s labor and employment group. She represented universities and municipalities along with private companies in a wide range of industries.

Founded in 1870 by Henry and Pauline Durant, Wellesley College is a private women’s liberal arts college and a member of the original Seven Sisters colleges. It offers 56 departmental and interdepartmental majors spanning the liberal arts and over 150 student clubs and organizations.

Mr. Ciardiello, who is based in the firm’s Boston office, focuses on in-house placements of senior attorneys and general counsel, with an emphasis on the technology, healthcare and higher education sectors. He also places partners and associates at law firms. Mr. Ciardiello has more than nine years of experience conducting executive searches for top legal talent. He previously had a 21-year career as an attorney at a major law firm and corporation.

Mr. Williams works from the firm’s Chicago office, where he conducts in-house searches at all levels with a personal focus on general counsel and other senior-level positions. He is also co-leader of Allegis Partners’ North America CEO & board practice, specializing in identifying top board candidates and assessing organizational corporate governance. His background as a former chief legal officer and alumnus of two of the country’s largest law firms gives him unique insight into how to effectively recruit diverse legal teams and counsel candidates, the search firm said.

Legal recruiting has for the most part been booming this year. Lawyers employed by government agencies in particular have been on the move as a result of changes in government administrations, according to Hunt Scanlon Media. Employment of lawyers is projected to grow 10 percent through 2022. Demand for legal work is expected to be robust as individuals, businesses, and all levels of government require legal services in the U.S. and internationally as global economies expand.

To meet this demand, MLA has been bolstering its staff and search practices since the start of the year:

MLA named John Cashman as president
Since joining the firm in 2005, Mr. Cashman has risen through the ranks as a recruiter, manager and leader. Throughout his career, he has focused his practice on partner representation in the lateral market, practice group acquisition and firm mergers for a range of clients, including top national and global law firms, regional U.S. firms and large public and private companies.