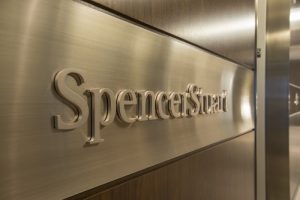 May 11, 2017 – ITV chief executive, Adam Crozier, who led a turnaround at the broadcaster, is stepping down at the end of June from his role and from the company’s board after seven years. The U.K. commercial TV network has turned to Spencer Stuart to find his replacement.

In his seven years at the helm, Mr. Crozier turned around the U.K.’s largest commercial broadcaster, diversifying its services and boosting its standing around the world. “Adam has been talking to me and the board for some time now about his future plans,” said Peter Bazalgette, ITV’s chairman. “He has made a fantastic contribution to ITV and the board is deeply indebted to him for his strong leadership and personal dedication.”

Mr. Crozier is credited with moving ITV away from its dependence on advertising to creating its own top-rated programs, which it also sold elsewhere, including the global markets. During Mr. Crozier’s tenure, the network’s studio division saw its revenues nearly triple. Rights to the network’s popular shows drew millions in income from abroad. Last year, in fact, close to 50 percent of the network’s revenues poured in from foreign markets. Share values for the network home of Downton Abbey, among other popular shows, greatly increased as well, from £50 when Mr. Crozier took the job in 2010 to over £200 this year.

With television advertising in decline because of the U.K.’s decision to leave the European Union, some have speculated that Mr. Crozier may have felt he had achieved all he could with the network. ITV’s advertising fell three percent in 2016, with this year looking like more of the same. Shareholders, it’s been noted, could also be unhappy with Mr. Crozier’s departing payout, which might be two times his already lucrative salary, in addition to bonuses and long term incentive plans.

Before joining ITV, Mr. Crozier held the top jobs at Saatchi & Saatchi, the Football Association and the Royal Mail Group. “Having spent 21 years as a chief executive across four very different industries, I now feel that the time is right for me to move to the next stage of my career and to build a portfolio of roles across the PLC and private sectors,” he said.

Starting this summer, Mr. Bazalgette is expected to assume the executive chairman duties, though reports indicate that would only be on a temporary basis. Meanwhile, Ian Griffiths, the company’s finance chief, was named chief operating officer, a new position for the company. Reportedly, he will not be seeking the CEO role.

Spencer Stuart was brought on as recently as December, but at the time ITV officials said that had to do with succession planning and rejected suggestions that Mr. Crozier might be quitting. In a recent statement, the company said it now “has a well-developed succession plan in place and a longer-term successor to Adam will be announced in due course.”

Here is a look at some recent CEO search activity Spencer Stuart has been involved in recently from the Hunt Scanlon Media archives:

Ludwig N. Hantson Ph.D., was recruited by Spencer Stuart as CEO of Alexion Pharmaceuticals, a global biopharmaceutical company focused on developing and delivering life-transforming therapies for patients with devastating and rare disorders. Most recently, Dr. Hantson as president and CEO of Baxalta.

The Society for Human Resource Management (SHRM) recently tapped Spencer Stuart to lead its search for a new CEO. SHRM, the world’s largest HR association, has been led by Henry G. Jackson since 2010. During his CEO tenure, the association grew to a record 289,000 members and launched SHRM Certification.

Margaret H. Georgiadis was placed by the Spencer Stuart as the CEO of toy manufacturing company Mattel, Inc. She succeeds Christopher A. Sinclair, who has led the company as chairman and CEO since early 2015. Ms. Georgiadis previously served as president Americas at Google.

Iftikhar Ahmad was tapped by Spencer Stuart to lead T.F. Green Airport and serve as president and CEO of the Rhode Island Airport Corporation. He becomes the third person to take on the position in less than a decade, replacing Kelly J. Fredericks who resigned in January. Mr. Ahmad was most recently CEO of the New Orleans Aviation Board.