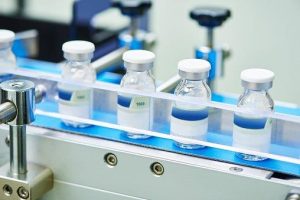 Dr. Hantson brings to Alexion a strong record of developing diverse rare disease pipelines and commercializing innovative and life-transformative therapies at industry-leading companies. Most recently, he served as president and CEO of Baxalta, a public company spin-off from Baxter and a global leader in the development of therapies for orphan and underserved diseases in hematology, immunology and oncology.

As CEO of Baxalta, Dr. Hantson led the creation of a biopharmaceutical company that delivered shareholder value through significant revenue growth, an innovative research and development center with a pipeline of 20 new product candidates, and several new product launches globally. Prior to Baxalta, he was president of Baxter BioScience, a $6 billion global business unit of Baxter where he drove value into its pipeline by adding 25 new molecular entities and biologics license applications, and launching 13 new products.

Prior to his roles at Baxalta and Baxter BioScience, Dr. Hantson held several leadership roles during his decade-long tenure at Novartis from 2001 to 2010, including CEO of Novartis Pharma North America, CEO of Novartis Europe, and president of Novartis Pharma Canada. He began his career at Smith & Nephew and subsequently served in increasing roles of responsibility in marketing, and research and development at Johnson & Johnson from 1988 to 2001.

“After a comprehensive search process, the board is very pleased to appoint Ludwig, a seasoned executive and inspirational leader who will help us advance our pipeline and commercial growth initiatives while maintaining Alexion’s mission to serve patients with life-transforming therapies,” said R. Douglas Norby, Alexion’s lead independent director.

“He is a results-oriented leader with a strong R&D and commercial track record based on his ability to implement sound business strategies grounded in scientific, commercial and financial analyses,” he added. “He understands the complexities of leading a large biotechnology company, and his commitment to ethics, excellence and execution will drive the next phase of growth and innovation for Alexion, and create value for all stakeholders.”

Alexion is a global biopharmaceutical company focused on developing and delivering life-transforming therapies for patients with devastating and rare disorders. It developed and commercializes Soliris, the first and only approved complement inhibitor to treat patients with paroxysmal nocturnal hemoglobinuria (PNH) and atypical hemolytic uremic syndrome, two life-threatening ultra-rare disorders.

The global biopharma industry, according to Spencer Stuart, continues to evolve as the biotechnology and pharmaceutical fields integrate, increasingly sharing talent, technology and business models. The search firm has conducted more than 700 leadership assignments in the space for startups and major industry players.

The rise of generics, said SpencerStuart, has contributed to an increasingly competitive landscape. This has made innovation — in personalized medicine, outcomes research and reimbursement models — a top priority and market advantage, requiring biopharma leaders to have broader experience, including a background in drug development, commercialization and deal-making.