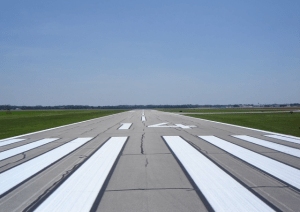 October 14, 2016 – Executive search firm Spencer Stuart has recruited Iftikhar Ahmad to lead T.F. Green Airport and serve as president and chief executive officer of the Rhode Island Airport Corporation (RIAC). He becomes the third person to take on the position in less than a decade, replacing Kelly J. Fredericks who resigned in January to work at the Ontario International Airport Authority in California.

Mr. Ahmad brings 19 years of aviation management experience to T.F. Green through his previous positions with the City of Houston’s Department of Aviation; the Metropolitan Nashville Airport Authority; the City of Dayton’s Department of Aviation and the New Orleans Aviation Board. He was most recently CEO of the New Orleans Aviation Board, which oversees an airport serving 10.7 million passengers annually.

For the past six and a half years, Mr. Ahmad spearheaded an unprecedented period of growth in New Orleans. Under his leadership, annual passenger traffic grew from 7.8 million passengers in 2009 to 10.7 million in 2015, representing an increase of more than 36 percent. These numbers are projected to surpass 11 million in 2016, which would mark a 42 percent increase over 2009. During that same timeframe, passenger travel at peer airports declined by 6.6 percent while New Orleans broke all its previous records.

He also grew the total number of airlines serving New Orleans to a record of 15, having recruited 10 additional airlines since 2010. He also significantly increased non-stop flights from 28 to 57. Additionally, Mr. Ahmad secured new routes to Latin America, Mexico, the Caribbean, Canada and Europe.

All the Ingredients In Place

Mr. Ahmad has coordinated approximately $5 billion worth of capital work in his career. In addition, he has served as a U.S. civil aviation expert to the North Atlantic Treaty Organization (NATO) since 2015 in an uncompensated capacity.

“On behalf of the entire board, we are extremely pleased to announce Iftikhar Ahmad will lead T.F. Green moving forward,” said Jonathan N. Savage, chairman of the Rhode Island Airport Corporation’s board of directors. “His experience and record of success in growing passenger traffic in New Orleans and his ability to secure new routes and airlines were particularly appealing to the board. He also has a strong history of building community support, which is integral to the success and growth of any airport. We have every confidence he will be able to replicate his successes here.”

“All of the ingredients are here to grow and expand T.F. Green’s operations,” said Mr. Ahmad. “I’m looking forward to meeting Rhode Island business, labor and community leaders to discuss a path forward for our six airports.” He said that he and his family are excited to be moving to Rhode Island and making it their new home base.

“A thriving airport is essential to attracting businesses and visitors to Rhode Island,” Governor Gina Raimondo said. “T.F. Green is already one of the most convenient and accessible regional airports in the nation, and I’m confident that Iftikhar will build on that solid foundation and be a strong partner in our shared effort to grow our economy.”

Working in concert with elected officials, community leaders and RIAC’s board of directors, the governor’s office is expected to implement a plan to increase airlines, increase passenger traffic and increase non-stop routes. “It will not happen overnight, but together we can accomplish this goal,” said Mr. Ahmad. “Achieving these worthy goals will help to fuel Rhode Island’s economy and in turn an invigorated economy will support the growth of T.F. Green.”

Spencer Stuart’s aerospace practice is combined with its aviation and defense specialties. The practice has more than 15 dedicated consultants located in the Americas, Europe, Asia Pacific, the Middle East and Africa. The practice itself has conducted more than 1,500 aviation sector searches over the past decade for high-profile clients, ranging from venture-backed startups to multi-billion dollar corporations. Spencer Stuart has recruited CEOs, presidents and COOs and other general managers for many of the world’s leading airline, airport, aerospace and aviation-related businesses.