Stay Connected:
Search firm taps outside leader for top job at American toymaker, even though a majority of companies continue to promote insiders to the CEO post. 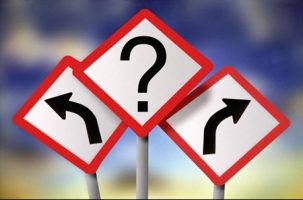 January 18, 2017 – Mattel, Inc. retained executive search firm Spencer Stuart this past year to assist with its CEO succession plan. That search concluded yesterday with the appointment of Margaret H. Georgiadis as its new leader. She succeeds Christopher A. Sinclair, who has led the company as chairman and CEO since early 2015. Going forward, he will serve as executive chairman of the board.

The toymaker considered both insiders and outsiders when it embarked on the search. Richard Dickson, who serves as Mattel’s president and chief operating officer, was one insider reportedly considered for the position. But in the end the decision was to go outside, to Google, where Ms. Georgiadis served as president Americas since 2011. There, she led the company’s commercial operations and advertising sales in the U.S., Canada, and Latin America. Her prior roles at Google include leading global sales operations and expanding local and commerce businesses.

Before Google, Ms. Georgiadis served as chief operating officer of Groupon, and executive vice president of card products and chief marketing officer of Discover Financial Services. At Discover, she led the company through a turnaround, revitalizing business performance with award-winning new products, customer experience and marketing.

Prior to Discover, Ms. Georgiadis was a partner at McKinsey & Company for 15 years in London and Chicago. She currently serves on the boards of directors of McDonald’s Corporation and Amyris, Inc. She also serves on the boards of non-profit entities including The Economic Club of Chicago and the Ad Council, where she is board chair.

“Over the last two years, with the help of all of our colleagues around the world, we have dramatically transformed Mattel – reenergizing our creative culture, restoring excitement to our iconic brand portfolio and delivering on our vision to make Mattel the recognized leader in play, learning and development worldwide,” said Mr. Sinclair. “I could not be more proud of the organization and what it has accomplished, or more excited about the company’s future with Margo Georgiadis as our CEO.”

Ms. Georgiadis is a proven executive with a deep understanding of how to build and scale brands on a global basis, with expertise in engaging consumers and retail partners in the rapidly evolving digital world. She has led efforts to deliver above market growth and profitability by creating transformational partnerships across content, media and technology providers and through innovation in product development and customer engagement. A smooth C-suite transition of power is expected.

“We are delighted that Margo has agreed to lead the team as CEO,” said Michael J. Dolan, Mattel’s independent lead director. “Her leadership experience at Google and elsewhere, coupled with her proven ability to foster innovation and build partnerships on a global scale, makes her ideally suited to accelerate Mattel’s growth in the coming years.”

Inspiring children through play and creativity “is crucial to early development and no company has done more in that space over many generations than Mattel,” said Ms. Georgiadis. “As a parent, I have seen this first hand and am honored to be joining the company at this exciting time of renewed focus. I look forward to working with the incredibly talented people at Mattel as we build on recent momentum, leverage the unique creativity and passion that exists within Mattel to inspire future generations of children, and deliver on our promises to shareholders.”

With a global workforce of approximately 31,000 people, Mattel operates in 40 countries and territories and sells products in more than 150 nations. Its mission is to be the recognized leader in play, learning and development worldwide.

Why Outsiders Are Sometimes the Best Fit . . .

“Hiring an executive from outside a company to serve as chief executive officer used to be seen as a last resort. That is not the case anymore with the disruptive market-related changes that companies are facing today,” said Per-Ola Karlsson, partner and leader of Strategy&’s organization and leadership practice for PwC Middle East. Case in point: Mattel.

Just recently, chocolate maker Hershey went a different route than Mattel when it selected company insider Michele Buck as its new CEO. Egon Zehnder assisted in that assignment. Since joining the company in 2005, Ms. Buck has spearheaded the development and execution of many successful growth initiatives and strategic shifts at the company

“As the board contemplated the right strategic leader for the next great chapter in Hershey’s history, it quickly became apparent that Michele offered the right mix of outstanding vision and proven execution to continue taking our company forward,” said Pamela Arway, chair of the governance committee of Hershey’s board of directors and chair of the board’s special committee overseeing the CEO succession process.