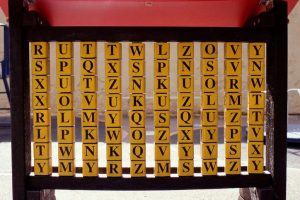 May 11, 2017 – As the academic year winds down, a number of colleges and universities across the country are already preparing for September. For many of them, that means opening searches that will deliver new, high profile leaders to take them into a new era of fundraising, digitalization, sports and, more often the case, globalization.

Among the latest, the Iowa Board of Regents chose AGB Search to help find the next president for Iowa State University. The position became available when the previous president, Steven Leath, accepted the president’s job at Auburn University. R. William Funk & Associates took on that assignment, installing Mr. Leath in March. AGB will be paid $110,000, plus expenses, for the assignment.

AGB will help in defining the goals of the search and as well as in developing the position specification and search timeline. The Washington, D.C.-based recruitment firm will identify potential candidates, communicate with prospective candidates and facilitate interviews. It is also responsible for applicant background checks.

The 21-person search committee will be co-chaired by Dan Houston, president and CEO of Principal Financial Group, and Luis Rico-Gutierrez, dean of the Iowa State College of Design. “This committee represents the faculty, staff, students and alumni of Iowa State University and the Ames community,” said Mr. Donley.

Elite educational institutions of higher learning are turning to headhunters to find top leadership. Several universities that have embarked on top leadership changes haven’t changed leaders in years or even decades, and their boards of trustees and search committees are finding an entirely new and highly competitive landscape as they set out. It’s another good reason why they’re calling in headhunters to help. ….. Here’s some further reading from Hunt Scanlon Media.

Dr. Ben Allen was appointed interim president while AGB conducts the search. “I look forward to working with the outstanding faculty and staff at Iowa State to keep moving the university forward as the board of regents searches for a permanent president,” he said.

Founded in 1858, Iowa State is organized into eight colleges and two schools that offer 100 bachelor’s degree programs, 112 masters programs, and 83 PhD programs. The school enrolls over 36,000 students and has also been designated an “Innovation and Economic Prosperity University,” a designation awarded to only 54 public universities in the U.S.

The firm was recognized recently as one of the leading academic search specialists on Hunt Scanlon Media’s ‘Top 50 Non-Profit / Higher Education Search Firms‘ list published in its newsletter ESR.

AGB recently recruited former Ohio University president Roderick J. McDavis to be its CEO. Dr. McDavis was the university’s first African-American president and only the second alumnus to lead the school in its 212-year history.

“We knew Rod had stellar qualifications and numerous impressive accomplishments,” said Joyce Roche, chair of the AGB Search board of directors and vice chair of the Association of Governing Boards of Universities and Colleges board of directors. “But what differentiated him were his energy and passion. He expressed a willingness to take risks and explore new territory that will take AGB Search to the next level. And he truly wants to make a difference for students.”