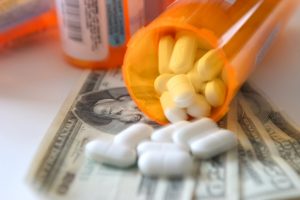 July 18, 2017 – Perrigo Company, a global provider of over-the-counter pharmaceuticals and other healthcare products, said that its board of directors has retained Spencer Stuart to help find its next chief executive officer.

CEO John T. Hendrickson is retiring. He plans to remain with the company for up to 60 days after his successor is hired, to ensure a smooth transition.

The search is being overseen by the board’s nominating and governance committee, which is comprised of chairman Jeff Smith, Brad Alford, Rolf Classon, Gary Cohen and board chair Laurie Brlas. Spencer Stuart’s search will include the assessment of both internal and external candidates. Roughly just 16 percent of CEO posts are filled by outsiders, so odds are high that the replacement will come from inside the company.

Founded in 1887, Perrigo is the world’s largest manufacturer of over-the-counter healthcare products and supplier of infant formulas for the store brand market. The company is headquartered in Dublin, Ireland.

The majority of companies, however, have continued to promote insiders to the CEO position, and the study’s authors believe this will remain the preferred succession planning practice (77 percent insiders versus 23 percent outsiders in 2016). Outsider CEOs, for their part, have caught up and closed a performance gap that the study previously found between outsider and insider CEOs, possibly strengthening the case for considering a new leader from outside the company.

A recent Mullin International online poll conducted by Greenwich-based Hunt Scanlon Media, “Insiders vs. Outsiders: Which Candidate Type Fits Best, and When?” found that promoting from within remains a preferred way for organizations to address their leadership needs. But when executive recruiters are brought in to openly recruit for vacant positions, they are often given mandates to look wide and deep for candidates, and that typically results in the search shifting to a hunt for outsiders.

When asked why internal candidates are given preferential treatment for job openings, 40 percent of the respondents said “knowledge of the organization,” followed by “sensitive to corporate culture” (33 percent), and “demonstrated potential” (27 percent). When asked what primary attributes external hires bring, 40 percent of respondents pointed to “innovation.” Another 40 percent said “change,” while 20 percent thought that outsiders brought “fresh perspective.” When asked if companies are “risk averse” when it comes to expanding their leadership ranks with outside talent, a third responded that they were.

According to recruiters focused on finding talent for the C-suite, at least half of all job openings are filled by internal candidates before they’re introduced to the public job market. This perhaps suggests that companies have relatively reliable bench strength even though leadership development is seen as stagnating at many companies. The main reason given: Companies prefer to promote from within.

Recruiters say clients generally like to be seen as making bold moves, but at the end of the day many remain risk averse when it comes to hiring elite executives, especially into their highly protected upper leadership ranks. They look at insiders as safer bets. Knowing this mindset going in, recruiters say they advise their clients that have an inside candidate who is 70 percent as strong as an outside choice to hire the insider. Fit and culture seem to be the deciding factor.

Internal candidates know the business model, organization goals and inside cultures, say recruiters, and oftentimes they have the requisite skills required. They know the customers, clients and co-workers. They have also established relationships with colleagues and their organization’s leaders. But, more importantly, they have already shown their potential. They can, therefore, assimilate faster and will be likely more satisfied in their new roles than outside hires.