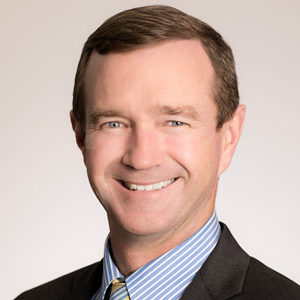 Peter J. Gillin is a Managing Director in the Education, Nonprofit, and Arts and Culture practice, specializing in secondary education.

Gillin has spent his entire career in education, as a teacher, coach, administrator, and now as a search executive identifying and placing highly qualified professionals in key education leadership roles. He began his career at the Episcopal High School of Virginia, where he served in various roles, including as a teacher in the Department of English, dormitory head, and coach (lacrosse, soccer, squash). Later, he was part of the senior administrative team at the Pomfret School in Connecticut, where his titles included dean of students and director of residential life. While there, he served on the school’s Diversity Committee, taught American and British literature, and coached lacrosse and squash.

Using his deep roots in secondary education in an entirely new way, Gillin then entered the executive search industry. Before joining Diversified Search in 2017, he worked as a consultant for Princeton, N.J.-based Wickenden Associates, where as a senior search consultant he recruited and placed both heads of schools and divisions in independent schools around the country. He was also involved in working with boards to develop best practices and onboarding for senior leaders.