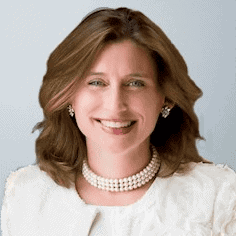 Alison P. Ranney is a Managing Partner and Partner-In-Charge as well as Co-Leader of the CEO Practice at Diversified Search Group.  Alison was formerly Managing Partner at Koya Partners, which became a member of Diversified Search Group in 2019. She specializes in leading CEO, President, Executive Director, and other senior executive searches for mission-driven clients across the country and around the world. She is the Office Managing Director of the firms’ Chicago office.

Ranney partners with a broad range of clients, including foundations, cultural institutions, membership organizations, other nonprofits, colleges, and universities. She has successfully led searches at the CEO, President, Executive Director, Dean, COO, CFO, and VP levels. Her board practice work includes both private sector and nonprofit clients.

Ranney’s work has been featured in numerous publications over the years.  A 2017 cover story in Crain’s profiling Koya’s efforts to strengthen and diversify senior leadership at mission-driven clients in the Chicago area and nationally noted that, “Koya Leadership Partners’ Alison Ranney is remaking what leadership looks like across the country.”

Prior to joining Koya, Ranney served as an Executive Recruiter at Russell Reynolds Associates. There, she led the development of the Nonprofit practice in the Midwest and received the firm’s inaugural award for Excellence in Client Service.

Ranney began her career at Skadden, Arps as a corporate attorney with a focus on M&A. Prior, she served as a vice president of the real estate development firm responsible for Prairie Crossing, the award-winning conservation community, and as an executive with AT&T Wireless.

With a strong commitment to civic involvement, Ranney has served on numerous boards nationally and locally. Interested in public media, she has been a Director and served on the Executive Committees at Public Radio International as well as Chicago Public Media/WBEZ. She has also served on the boards of the Goodman Theatre, City Year Chicago, Ryerson Woods Conservation Area, Forefront, and World Business Chicago.

Ranney has served on the Visiting Committee of the University of Chicago Law School and the Alumni Council of Phillips Andover Academy, her alma maters. Ranney is a Director of Wintrust Bank, where she is active on the Audit and Compensation & Nominating Committees.

Ranney is a member of the Commercial Club, the Economic Club, and The Chicago Network. Earlier in her career, she was selected as an “Emerging Leader” by the Chicago Council on Global Affairs.