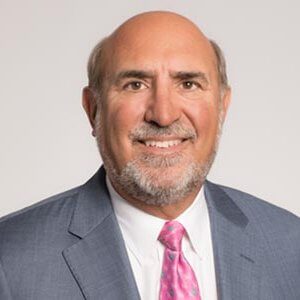 Joseph A. Frick joined Diversified Search in May 2011, where he held the role of Executive Vice Chairman until October 2016. Today he serves as Senior Advisor. During his tenure, he has provided advisory services to CEOs and conducted senior executive and corporate board searches for a range of clients in business, education, and healthcare. He has also been actively engaged in the firm’s business strategy, branding, and expansion initiatives.

Prior to joining Diversified, Frick served as President and CEO of Independence Blue Cross (IBC), where he spearheaded the creation of IBC 2010, a long-term strategic plan for the company. He formed a new senior leadership team and launched key initiatives to achieve company goals. Under his leadership, IBC enhanced its standing as a trusted and respected corporate leader in the Philadelphia community.

Before becoming CEO in 2005, Frick served as Independence Blue Cross’s Senior Vice President of Human Resources and Administration. In this capacity, he was responsible for corporate planning and business development, human resources, and administrative services. Today, he serves as a Board and Executive Committee member on IBC’s Board of Directors.