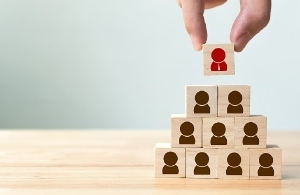 March 14, 2018 – Executive recruitment firms have made a number of top leadership appointments this past year, many focused on strategy, growth, branding efforts and operations. Hong Kong-based recruiting firm Meraki Executive Search & Consulting has recently named Nick Marsh as managing director. He is charged with leading the team and driving the continued growth of the company across the APAC region.

“Nick is a renowned executive search professional with more than 30 years’ experience of hiring transformational leaders across Europe and Asia,” said executive director Kirti Lad. “Having worked together for more than 16 years, Nick will bring his fire and drive, long-term vision and extensive network to the team, to propel Meraki and our clients’ success to new heights.”

Mr. Marsh was previously managing director of APAC for Harvey Nash Executive Search as well as a member of the executive committee for the London-based firm. His 16-year tenure there included leading the firm’s U.K. technology team, creating the partnership between Alumni and Harvey Nash in 2006, and relocating to Asia in 2012 to build the Asia business foundations.

Prior to joining Harvey Nash, Mr. Marsh was European head of a boutique executive search firm. During his time in Europe, he sat on the boards of Byte Night, a children’s charity in the U.K., and Think London, a government body to promote business in London.

Meraki Executive Search & Consulting provides executive search, board services and diversity consulting within Asia, from offices in Hong Kong and Vietnam. The appointment of Mr. Marsh coincides with formation of a partnership between the firm and Harvey Nash Group to provide executive search services across the globe.

Under the new agreement with Harvey Nash, Meraki will run the women’s directorship program in partnership with the University of Hong Kong. The program will feature contributing speakers including the chairmen and board of directors of MasterCard, Schneider Electric, MTR, Hang Seng Bank, the London Stock Exchange, Blackrock and Deloitte.