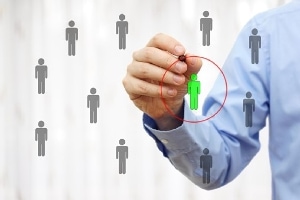 February 28, 2018 – Executive recruitment firms have made a number of top leadership appointments this past year, many focused on strategy, growth, branding efforts and operations.

Mr. Gamble has been instrumental to Taylor Strategy Partners’ growth since joining the firm as vice president of business development in 2015, the firm said. He has more than 20 years of experience designing comprehensive talent acquisition solutions for leading healthcare and life science focused organizations.

“My goal is to continue the mission of Taylor Strategy Partners – delivering great people for our clients that match not just on paper, but in competencies and cultural fit,” said Mr. Gamble. “It’s an honor to lead this team of passionate people, especially knowing we play such a key role in helping companies bring lifesaving new drugs, devices, and other products and services to market.”

The firm recently formed an alliance with Allego, a mobile video sales learning platform. The partnership is to bring Allego’s sales learning technology to Taylor Strategy Partners’ pharmaceutical customers through its “sales accelerator” platform. The search firm’s customers will have access to a sales training and enablement platform to help prepare sales reps for success during and after the critical drug launch period.