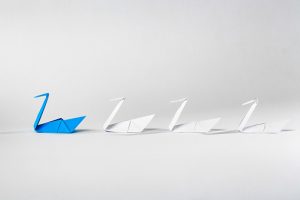 February 3, 2017 – Executive search firm JR Partners has named Josh Gonnella as president and senior managing partner. He will be based primarily in Connecticut and New York with responsibility for the firm’s global activities. The firm has 20 years of experience specializing in financial services, global hospitality, and the digital media sectors.

Mr. Gonnella joins founding partner and chief operating officer Joe Wein to lead the organization. He brings experience and a diverse career in financial services to the firm. Prior to accepting his new position, he held senior managing director roles at Lloyds Bank. There, he was head of rates sales within Lloyds’ financial markets division based in London.  Upon his transfer to Lloyds’ New York City office in 2014, Mr. Gonnella served as head of financial institutions for the Americas.

Before joining Lloyds Bank, he was managing director and global co-head of interest rates sales at UBS, located in both Stamford, CT and London. Mr. Gonnella began his career at Deutsche Bank where he held various roles in interest rate derivative trading and sales including European head of rates sales.

He also has previous experience in executive search. Mr. Gonnella joined London based Omerta Group as managing partner for North America in 2013 as that firm set out to expand its overseas presence.

“We are extremely excited to announce our new partnership with Josh Gonnella,” said Joe Wein, an executive search veteran who founded JR Partners in 2002. “Josh has the substantial breadth of experience, the in-depth product knowledge and the global network to differentiate our firm from other executive search companies.”

Executive search firms are clearly adept at finding just the right talent for their clients, but when it comes to recruiting top leadership for their own businesses the task can become quite challenging, and often, tricky. After all, recruiters are known to be uber picky on behalf of their clients – so just think what happens when they become the client in need. What many search firms are doing is bringing in leaders from outside the recruiting sector, but who bring industry or functional expertise in an area the search firm specializes in ….. Here’s some further reading from Hunt Scanlon Media.

There have been a number of other leadership appointments at search firms in recent months, many focused on strategy, growth, branding efforts, and operations. Here’s a look at several taken from the Hunt Scanlon Media archives: