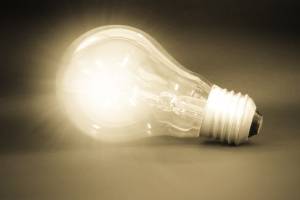 November 21, 2017 – Executive recruitment firms have made a number of top leadership appointments since the start of the year, many focused on strategy, growth, branding efforts and operations.

Mr. Mason previously served as senior vice president at Pontoon Solutions, part of the Adecco Group. Before that, he was a partner at boutique firm Mason McLoud and managing director for EMEA at Allegis Global Solutions. Earlier in his career, he was managing director at Hudson Global.

As the new CEO at Armstrong Craven, Mr. Mason will be responsible for the development and implementation of the firm’s strategic vision, which includes future innovation in talent acquisition services and the harnessing of best new technologies.

“He will be looking to build upon recent high-profile global assignments including the award-winning work it undertook in partnership with Microsoft which enabled the technology giant to successfully scale up its cloud business Azure,” the firm said.

“I am delighted to be joining the company at such an exciting time,” Mr. Mason said. “We have laid firm foundations to continue to build the visibility of the Armstrong Craven brand across all of its sectors and on a global scale. During the last three years, we have established ourselves in the Asia Pacific market following the opening of our Singapore office and we will be actively opening further offices elsewhere over the coming months as we cement our international footprint.”

SRiCheyenne named Jay Hussey as CEO. Chief executive and founder, Pat Mastandrea, has moved into a new role at the firm as vice chairman. He joined SRiCheyenne from Odgers Berndston where he led the firm’s U.S. technology and digital transformation practices. Mr. HUssey boasts more than 15 years in executive search with leading global recruiting firms.