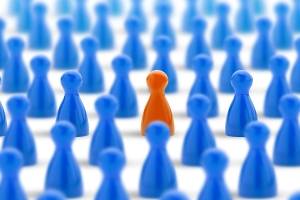 January 18, 2018 – Executive recruitment firms have made a number of top leadership appointments this past year, many focused on strategy, growth, branding efforts and operations.

The latest: DRG Search has appointed Dara Klarfeld as its new CEO. She will be responsible for leading all aspects of DRG’s work with organizations in the non-profit sector.

“Dara has built an impressive executive search practice and has been a valuable thought partner at DRG during her years with us,” said David Edell, president of the firm. “During the past year as managing director she has led an aggressive agenda to enhance DRG’s infrastructure and resources to position us effectively for the future. She has gained the trust of our team and our clients and I am confident she will play an important leadership role in the non-profit sector in the future.”

Ms. Klarfeld worked in the non-profit sector for more than a decade before joining DRG Search. In her search practice she helps non-profit clients to identify and resolve challenges by facilitating complex conversations and building consensus around organizational priorities, DRG said.

Her broad and diverse networks have helped her to find and recruit professionals from diverse fields to meet her clients’ needs. Her executive search practice includes partnerships with the Elmer A. Henderson School, the Hearing Health Foundation, the Weber School, Prizmah, the JCC Association, the New Teacher Center and UJA-Federation of New York.

“DRG Search is at a moment of rapid growth and increased capacity to help serve the needs of our expanding client base,” said Ms. Klarfeld. “We are building on more than 30 years of excellence in executive search in the non-profit sector, and are continually looking for the best ways to serve the nonprofit community.”

This year, the firm will continue to find top senior-level talent, she said. “We will also focus on helping our clients organize their staffing structures, plan for executive leadership transitions, bring diversity to their leadership team, and support their new professionals as they take on these important executive positions,” she added. “We have assembled a strong team with diverse backgrounds and experiences, and increased our ability to harness the power of our collective knowledge on each client assignment.”

DRG Search, founded in 1987, has conducted searches for senior executives at many of the major national charity groups, including the Jewish Council for Public Affairs, Hillel International, Birthright Israel, NEXT and the Jewish Funders Network.