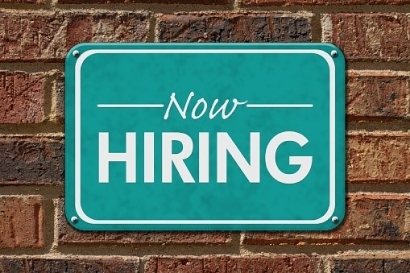 March 13, 2018 – U.S. employers are expecting hiring to pick up in the second quarter, with one in five planning to add staff, according to the latest “Employment Outlook Survey,” released today by ManpowerGroup. Employers in all U.S. regions and industry sectors are looking for headcount to grow.

The upbeat forecast indicates that the uncertain political climate continues to have little effect on employer confidence. Of the more than 11,500 U.S. employers surveyed, 73 percent are expecting to maintain their headcounts, with just three percent forecasting workforce reductions.

Taking seasonal variations into account, the net employment outlook for the second quarter of 2018 is up 18 percent. This marks the 15th consecutive quarter with an outlook of +15 percent or stronger. Nationwide, hiring prospects are one percentage point stronger when compared with the same period last year.

“We’re seeing solid, demand-fueled growth across the U.S. as the economy continues to strengthen and the labor market tightens at pace,” said Becky Frankiewicz, president of ManpowerGroup North America. “The competition for skilled talent is set to heat up and a just-in-time approach isn’t always getting employers the skills they need when they need them. Now is the time to invest in people by upskilling America’s workers.”

Executive Search Consultant Wanted at McDermott & Bull: You will spend most of your time developing and improving client relationships, and will be able to utilize the McDermott & Bull research and recruiting team to assist in conducting the initial candidate identification and screening process. Apply Now at Ezayo!

“We should also seek untapped talent sources with adjacent skillsets that can adapt to fill in-demand positions,” said Ms. Frankiewicz. “At ManpowerGroup we accelerate people’s careers, offering skills development to help people access in-demand opportunities. Our MyPath offering has provided 120,000 U.S. associates with advice and opportunities to increase their skills and earnings. Upskilling the workforce and building employability will be the solution to the skills revolution.”

Second quarter staffing levels were expected to increase in 22 percent of the businesses surveyed in the South, while three percent of employers anticipated a decline in payrolls. Job seekers in seven region-wide industry sectors were seen as having the potential to stabilize can stable hiring activity during the coming quarter when compared with the first quarter of 2018 in the following areas: construction, education & health services, financial activities, leisure/hospitality, nondurable goods manufacturing and wholesale trade & retail.

In the West, 24 percent of businesses surveyed expected an increase in staffing levels during the second quarter, while three percent anticipated a decline. A stronger hiring pace is anticipated by employers in four of the West’s industry sectors in a quarter-over quarter comparison: education & health services, government, leisure & hospitality and other services.

ManpowerGroup interviewed nearly 59,000 employers across 44 countries and territories to forecast labor market activity in the second quarter of 2018. All participants were asked, “How do you anticipate total employment at your location to change in the three months to the end of June 2018 as compared to the current quarter?”

According to the survey, workforce gains of varying margins were forecast by employers in 43 of 44 countries and territories. The countries with the strongest hiring confidence were Taiwan, Japan, Hungary and the U.S. The weakest hiring prospects, meanwhile, were Italy, the Czech Republic and Switzerland.

Unemployment Rate Remains at 18 Year Low
Employers added 313,000 jobs last month as the U.S. unemployment rate remained at an 18 year low of 4.1 percent, according to the most recent U.S. Bureau of Labor Statistics report. The January gain is the 89th consecutive month of job growth.

Workforce gains were forecast in 25 of 26 countries in the Europe, Middle East & Africa region through the second quarter. Hiring plans improved in 13 countries quarter-over-quarter, weakened in eight and were unchanged in four. In a year-over-year comparison outlooks improved in 16 countries, declined in six and were unchanged in three. Job seekers in Hungary had the most optimistic hiring plans, while the weakest forecasts were reported in Italy were among the report’s weakest.

Payrolls were expected to increase in all eight Asia Pacific countries and territories, and outlooks are trending generally stronger, said the report. The forecast improved by varying margins in five countries and territories in comparison to the first quarter results, weakened in only two and was unchanged in one. In a year-over-year comparison hiring plans strengthened in two and were unchanged in one. Employers in Taiwan and Japan reported the most optimistic forecast in the region, as well as across the globe. The region’s weakest forecasts were reported by employers in China.

Positive outlooks were reported in all 10 countries surveyed in the Americas. Hiring confidence strengthens in two countries, dipped in six and were unchanged in two when compared to the last quarter. In the year-over-year comparison hiring activity was expected to pick up in four countries, decline in five and remain unchanged in one. Employers in the U.S., Canada and Mexico reported the strongest first quarter hiring plans while those in Argentina, Brazil and Panama reported the weakest.

“From a general perspective, technological advancements will continue to play an important role in almost every industry,” said Matthew A. Metro, founder of Bethesda, MD-based search firm The Maison Group. “It may be the catalyst for new hires, or conversely, it may create efficiencies to reduce overhead and replace with another solution. Either way, technology will continue evolve. As a result, it will require organizations to consistently assess the quality of their workforce, but more importantly, analyze the correlation between the quality of it, cost associated and overall value output.”

Maison Group conducts executive-level search assignments across a variety of functional job disciplines within the real estate industry. “Technological advancements will continue to test an organization’s ability to adapt, compete and succeed,” said Mr. Metro. “But more specifically, at this part of the cycle we see our real estate client organizations taking a hard look at an extremely important aspect to their general business philosophy: Value creation.”

Whether interest rates are fluctuating or certain geographic markets are experiencing more growth than others, the real estate industry goes through the cycle, said Mr. Metro. “The forward-thinking real estate organization, with an eye towards value creation, will shift the business model around a bit during different stages of the cycle. As a result, whether it is an asset class or job functionality refocus, the requirement is new or simply different talent to create value.”

The Maison Group’s goal is to align its practice with organizations committed to thinking strategically. “Unless we experience another complete economic meltdown, which current trends show is not the case, the real estate organization’s ability to continually assess value creation should result in some form of steady hiring,” said Mr. Metro.