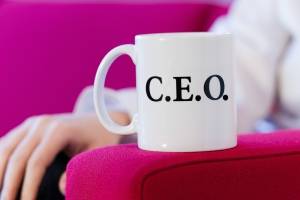 October 13, 2017 – Executive recruitment firms have made a number of top leadership appointments since the start of the year, many focused on strategy, growth, branding efforts and operations. The latest: Lois L. Lindauer Searches (LLLS) has appointed Deb Taft as its new CEO. The carefully planned changeover comes as the firm celebrates its 20th anniversary.

Chosen by founder Lois L. Lindauer to lead the firm into the next era, Ms. Taft brings over 25 years senior-level development and executive management experience to the role. She is internationally known as a thought leader, visionary and creative innovator.

Ms. Taft joined the firm last year, as chief operating officer. Prior to LLLS, she served as senior executive vice president and managing director for Grenzebach Glier and Associates, a consultancy for a range of global non-profits. She also served as chief development officer and interim chief strategy officer for Girl Scouts of the USA, where she led the formation of a new national executive team and an historic $1 billion fundraising campaign.

“Lois Lindauer was that rare founder who executed a strong succession plan,” said Ms. Taft. “I have the privilege to lead the firm that handles more executive search in nonprofit advancement than any other firm in the country, and Lois ensured we would move strongly into a new era.”

SRiCheyenne named Jay Hussey as CEO. Chief executive and founder, Pat Mastandrea, has moved into a new role at the firm as vice chairman. He joined SRiCheyenne from Odgers Berndston where he led the firm’s U.S. technology and digital transformation practices. Mr. HUssey boasts more than 15 years in executive search with leading global recruiting firms.