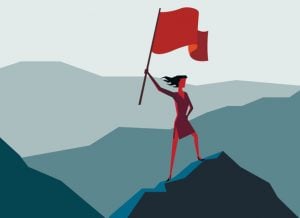 June 19, 2017 – Search firms have seen a number of top leadership appointments since the start of the year, many focused on strategy, growth, branding efforts and operations. The latest: San-Francisco-headquartered executive search firm O’Rourke & Associates has appointed Rebecca Bower as president. Ms. Bower is widely regarded as a top leadership advisor with a career that spans nearly 25 years in human resources, management, training and sales.

For over a decade, Ms. Bower served in a leadership role with Boeing Employees Credit Union, the largest financial cooperative in Washington. Most recently, she was senior human resources executive at Bloomingdale’s. She was accountable for financial metrics, customer loyalty, staff engagement and the development of talent in support of a staff and executive population of more than 500.

“Our business philosophies are strongly aligned and we share a common vision for the company,” said Bridget O’Rourke, executive director. “Rebecca has demonstrated leadership aptitude throughout her career and brings to the position considerable business expertise. I am confident she will guide our business to new heights in keeping with our 30-year legacy of service to credit unions.”

Ms. Bower said O’Rourke & Associates has a wealth of services to help clients move forward. “We are extremely well positioned to provide a complete portfolio of talent solutions that are customized to the needs of our client,” she said. “Our investment in deep relationships and connections within our industry offers our clients a large pool of uniquely qualified talent.”

Leadership Appointments Rising Across the Sector