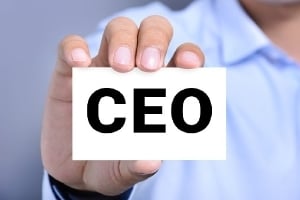 December 12, 2017 – Executive recruitment firms have made a number of top leadership appointments this past year, many focused on strategy, growth, branding efforts and operations.

The latest: Hong Kong-headquartered search firm Bó Lè Associates has announced that Pierre Zhuang has resigned as CEO and the board named David Chan, managing director and its Shanghai office head, as its new CEO.

“As one of the founding members of Bó Lè Associates, Pierre Zhuang guided the company to become one of the leading executive search firms in Asia, expanding Bó Lè Associates from 10 to 400 consultants across 13 offices in Asia,” said Hiroki Nakashige, COO of RGF International Recruitment Business, on behalf of parent company Recruit Group. “Pierre has made countless contributions to Bó Lè Associates’ success, and he has attracted multiple million-dollar performers and has inspired an outstanding executive team.”

Mr. Chan will oversee all nine offices across mainland China, Hong Kong and Taipei. He is expected to help drive growth and innovation for Bó Lè Associates Greater China.

Mr. Chan joined the firm in 2015 and was head of Bó Lè Associates’ Hong Kong office prior to taking on the role as head of Bó Lè Shanghai office in August of this year. He has a strong track record in various local and regional senior executive search assignments with specialization in the financial industry, said the firm. Mr. Chan previously spent over 20 years of international experience in corporate and institutional banking in Australia, Shanghai and Hong Kong.

“As the organization targets to become globally leading HR service provider, the success of Bó Lè Associates is essential and key priority,” said Mr. Nakashige. “We are pleased to have David, who is an international professional with extensive experiences of leadership and business acumen in performance driven enterprises,” he said. “David is a proven chief executive who has previously managed a multi-million dollar Chinese-owned business in APAC in addition to decades of corporate accolades in banking.”

That sentiment is echoed by Mr. Zhuang. “It’s rare to find an individual who can be both a great people manager as well as a top performer,” he said.

Established in 1996, Bó Lè Associates offers executive search and consulting expertise aligned with international quality. The firm has more than 400 consultants well versed in their respective industries. Since 2013, Bó Lè Associates has placed over 18,000 successful candidates.