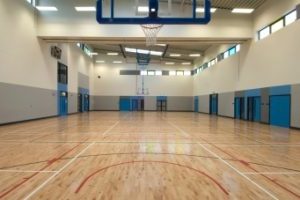 September 26, 2017 – Athletic directors are playing an increasingly vital role at colleges and universities across the country. With the expansion of athletic departments and, for the larger schools, the infusion of big dollars for sports, more schools have turned to search firms when such positions become open. Too much is at stake, they feel, to go it alone. What’s more, the AD job has come to demand greater business and management skills than the typical academic search.

The University of Virginia (UVA) recently enlisted Korn Ferry to lead its search for a new athletic director. The school’s current AD, Craig Littlepage, is retiring after 16 years in the role. He is the longest tenured athletic director in UVA history. Jed Hughes, a KornFerry vice chairman and global sports sector leader, is heading the assignment.

Mr. Littlepage will remain in the job until his successor is in place, said UVA. He will then transition to a role in the university president’s office.

This won’t be Mr. Hughes’ first AD search for UVA. In 2001, while working for Spencer Stuart, he conducted the search that led to Mr. Littlepage’s hiring.

“The position of director of athletics plays a critical role in the life of the university,” said Ms. Sullivan. “From overseeing the vast enterprise of the intercollegiate athletics operations at the university to mentoring our student-athletes. I am grateful to the members of the search committee for agreeing to volunteer their time and expertise in identifying candidates who can succeed Craig Littlepage, which will be no easy task given his strong record of accomplishments leading Virginia athletics.”

The Virginia Cavaliers compete in the NCAA’s Division I, in the Atlantic Coast Conference (ACC) for all sports. Virginia has won 18 NCAA national championships in men’s sports, the best in the ACC. The athletic program also has seven NCAA national titles in women’s sports for an overall total of 25 NCAA titles, second in the ACC.

Korn Ferry’s sports practice is led by Mr. Hughes, who is well known for identifying, assessing and developing leaders for sports organizations. His relationships within sports and intercollegiate athletics are extensive, having spent 20 years coaching in professional and intercollegiate football and working for five Hall of Fame coaches. Jason Belzer of Forbes has called Mr. Hughes the most valuable connector of the sports industry.

Collegiate Sports Associates was recently retained by University of Texas at San Antonio (UTSA) to lead its search for a new athletic director. UTSA president Taylor Eighmy emphasized that the group’s goal should be “to identify an exceptional leader who is committed to the university’s advancement to excellence in academics, research, engagement and athletics.”