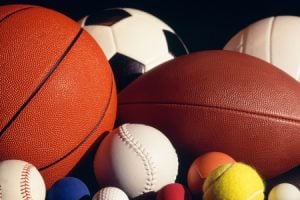 September 7, 2017 – Athletic directors are playing an increasingly vital role at colleges and universities across the country. With the expansion of athletic departments and, for the larger schools, the infusion of big dollars for sports, more schools have turned to search firms when such positions become open. Too much is at stake, they feel, to go it alone. What’s more, the AD job has come to demand greater business and management skills than the typical academic search.

Sources say that UNM’s agreement with Parker was believed to be for about $50,000, not including logistical costs such as flights, lodging and expenses for any candidate interviews the firm may have conducted itself.

“We had a good search process that yielded three qualified and personable candidates,” UNM interim president Chaouki Abdallah said. “We were looking for a leader who is dedicated to academic excellence, strong ethics, careful financial management and community engagement. The committee and I agreed that Eddie is the right person for this key position.”

Since 2003, Mr. Nuñez has served in a variety of high-level administrative capacities at Louisiana State University, ultimately serving as deputy director of athletics. Among his duties, Nuñez had sport oversight of LSU men’s basketball and men’s and women’s tennis. He also served as the department’s liaison with LSU Sports Properties, the Tiger Athletic Foundation and University Licensing and Brand Management.

In his new role, Mr. Nuñez is responsible for planning, administering and directing all of the school’s NCAA Division I intercollegiate athletic programs for men and women. He will ensure that all athletics programs are in compliance with NCAA and Mountain West Conference rules, regulations and policies.

“Eddie is extremely bright and very hard working,” said LSU athletic director Joe Alleva. “He will energize the athletic department and engage with the community. New Mexico has hired a rising star.”

LSU head baseball coach Paul Mainieri said UNM made a smart choice. “We will miss him at LSU as he was a vital part of the athletic department here,” he said. “However, he is ready for this new challenge in his professional life. Eddie has the ‘It’ factor that we so often (ascribe to) people in our business that are destined to be successful. He will provide strong leadership to the coaching staff, athletic support staff and athletes at UNM.”

Athletic director searches are some of the most prolific assignments in the sports sector to come to recruitment firms in recent years. Here’s a sampling of recent AD assignments from the Hunt Scanlon Media archives: