Menu
View our Events
Stay Connected:
One in four workers making more than $75,000 and 19 percent of those making more than $100,000 currently have a gig outside of their full-time job. Let’s take a closer look into what's giving rise to the gig economy. 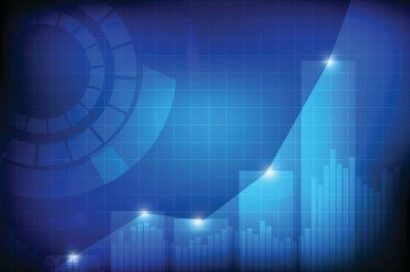 September 26, 2017 – Got a side gig? You’re not alone. According to new CareerBuilder research, nearly a third of workers (32 percent) do, compared to 29 percent last year. And more women than men have side work — 35 percent versus 28 percent. The national study, conducted online by Harris Poll on behalf of CareerBuilder, surveyed a representative sample of 3,696 full-time workers across industries in the U.S., including 3,462 in the private sector.

“While we continue to be at what is considered full employment, the quality and pay of jobs isn’t always what workers want, causing them to seek out new ways to supplement their full-time income,” said Rosemary Haefner, CHRO at CareerBuilder. “We’re no longer in a world where there’s just one employee-employer relationship. It’s easier than ever to download an app that allows you to drive around passengers, pick up babysitting gigs or sell your unwanted furniture, and employees are willing to take on these extra responsibilities for the extra cash.”

How Much Money is Enough Money?

CareerBuilder reports that workers across the country are working side gigs, with the South leading the way at 33 percent. This compares to 32 percent of workers in the West, and 31 percent in both the Midwest and Northeast. When it comes to cities where workers have side gigs, Dallas comes out on top (40 percent), followed by: Boston (39 percent), Houston (39 percent), New York (38 percent), Philadelphia (37 percent) and Miami (36 percent).

Broken down by industry or function, leisure and hospitality (42 percent), transportation (36 percent) and healthcare (34 percent) workers report having a side gig, followed by: retail (32 percent), manufacturing (31 percent), sales (30 percent), financial services (27 percent) and IT (25 percent).

Where Does an Employee’s Loyalty Lie?

But those with side jobs aren’t necessarily looking to abandon their traditional jobs, the report said. Sixty-seven percent of workers with a side hustle do not want to turn their side gig into their day job and 71 percent of all workers have no plans to own their own business. When asked if they’re more passionate about their day job or side hustle, more said their day job (42 percent) had more meaning to them than their side gig (32 percent) or neither (25 percent).

A possible reason for the rise of the gig/ on-demand / hourly economy might be that companies are finding the use of temporary / contract workers as a new approach to business structure and employment. It has been on the rise with companies utilizing these types of workers to fill positions during a time where talent shortages seem widespread. Here’s some further reading from Hunt Scanlon Media.

Massive Shift to Contract Employment Underway
By 2025, most workers (70 percent) and employers (68 percent) agree that a majority of the workforce will be employed in an “agile capacity.” It is a wake-up call for business and HR leaders to quickly embrace and prepare for coming disruptive changes impacting how, when, where and by whom work is conducted.

A recent study released by Randstad US found that as early as 2019 as much as 50 percent of the workforce will be comprised of agile workers, as nearly four in 10 (39 percent) workers said they are likely to consider shifting to an agile arrangement over the next two to three years. This movement is fueling an equally aggressive adoption of new workforce models that tap into both permanent and agile employees to combat staffing shortages, leverage globalization and fuel greater innovation for organizations.

But according to Rick Gray, chief executive officer of Chicago-based a TalentRISE, it is useful to reflect on past trends and to ponder what lies ahead. “There are pros and cons of an ‘on demand’ workforce,” he said. “In seasonal industries, it may be ideal and is not a new concept.” As CEO of an expanding recruitment consulting and talent solutions business, he said TalentRISE itself has leveraged on-demand talent by deploying a network of specialized recruiters for urgent client hiring needs.

The cons, he said, can include the erosion of loyalty and pride, the risk of a workforce of pure multi-taskers and no specialization, and perhaps even an entire generation running from gig to gig with little financial stability. “If this trend is inevitable,” he asked, “then how might it impact talent acquisition in the long run?” The end goal, he said, of getting the best workers deployed most quickly at the least cost possible will not change. “But how we all get there will,” he said.

According to another report by CareerBuilder, hiring temporary and contract employees can help businesses sidestep talent gaps and remain nimble. The study shows more companies will be tapping into this labor segment, with temporary employment expected to add 173,478 jobs between 2016 and 2018, an increase of 5.9 percent.

“Today, nearly three million people are employed in temporary jobs, and that number will continue to grow at a healthy pace over the next few years as companies strive to keep agile in the midst of changing market needs,” said Mr. Braun. “Opportunities are opening up in a variety of occupations and pay levels, and this is a trend we’re seeing in a wide range of industries and company sizes.”

These figures coincide with similar findings by the Execu | Search Group. Its “2016 Hiring Outlook: Strategies for Adapting to a Candidate-Driven Market” report found that 26 percent of hiring managers surveyed planned to increase hiring of temporary employees in 2016.

In addition, a recent Adecco study, “Definitive Guide to Building a Better Workforce,” found that 67 percent of companies use contingent labor to enhance their workforce and close talent gaps. The study surveyed 536 C-suite executives across the U.S. regarding the types of talent they need, skills that are most difficult to find, how they are using contingent labor and progressive recruiting methods to enhance their workforces, employee retention techniques and more.

The report found that 80 percent of employers agree that the U.S. skills gap is a real challenge, and it provides insights into how different companies conceptualize and address this gap in talent. Part of the reason for the increased use of temporary workers: Companies are having difficulty finding quality talent.