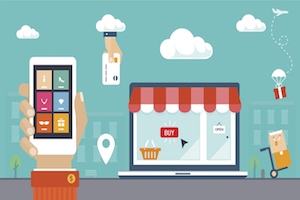 June 13, 2017 – Korn Ferry has assisted apparel retailer J. Crew in placing James Brett as its chief executive officer. A leader with more than 25 years of retail experience, Mr. Brett most recently served as president of specialty home furnishing company West Elm, a member of the Williams-Sonoma, Inc. portfolio. He will assume the CEO position in July, succeeding Millard Drexler, who will continue as chairman.

“This is an exciting time for J. Crew as we continue to make significant changes to position our company for long-term success,” said Mr. Drexler. “As chairman and an owner of the company, it is my responsibility to focus on the future of J. Crew and find the right leadership to execute on our strategic plans. Jim has a proven track record of pushing for innovation and growing omni-channel brands. I look forward to moving into my new role and assist Jim and the team in every way possible to help ensure a smooth and successful transition.”

During his time with West Elm, Mr. Brett oversaw all aspects of the brand, helping build what would become a $1 billion global company. Previously, he was the chief merchandising officer for the Urban Outfitters Division of Urban Outfitters, Inc. He has also served in various merchandising roles at other retailers including Anthropologie, J.C. Penney and the May Department Stores Co.

Sales for the company, whose ballet flats and cashmere cardigans were once a staple of middle-class U.S. wardrobes, have waned, as it struggles to keep abreast of changing tastes and faces fierce competition from less expensive online retailers. Last year, sales at J. Crew fell six percent, to $2.02 billion. The company announced job cuts in April, a debt restructuring in May and the departure of creative director Jenna Lyons.

Any of the above could be why J. Crew enlisted an outsider to help resolve its problem. “Hiring an executive from outside a company to serve as CEO used to be seen as a last resort,” said Per-Ola Karlsson, partner and leader of Strategy&’s organization and leadership practice for PwC Middle East. “That is not the case anymore with the disruptive market-related changes that companies are facing today.”

While an internal CEO candidate may have an excellent record of achieving the business goals a company pursued in the past, Mr. Karlsson said, boards are recognizing that insiders might lack the skills needed to lead and see through the changes to win in the future.

Last year, 17 percent of the world’s largest 2,500 public companies replaced their CEO, more than in any of the previous 16 years of the “CEO Success Study” from Strategy&, PwC’s strategy consulting business.

The report found that over the past several years more big companies have been deliberately choosing their new CEO from outside of the ranks as part of a planned succession, an indication that hiring an outsider has become more of an intentional leadership choice than a necessity.

A recent Mullin International online poll conducted by Greenwich, CT-based Hunt Scanlon Media, “Insiders vs. Outsiders: Which Candidate Type Fits Best, and When?” found that promoting from within remains a preferred way for organizations to address their leadership needs. But when executive recruiters are brought in to openly recruit for positions, they are often given mandates to look wide and deep for candidates, which typically results in the search shifting to a hunt for outsiders.

Korn Ferry said retailers are facing major shifts in their businesses that call for “unprecedented responses” by CEOs who can effectively lead through change, intuitively and analytically understand the evolving consumer, and respond to ambiguity. According to the firm, developed markets, excess retail capacity, rising prices, the shift to omni-channel retail and the unpredictable pace of change in consumer shopping habits all affect the type of leader retailers need.

According to retail-focused executive recruiter Herbert Mines, 31 percent of incoming retail CEOs are focused on international expansion as a key strategic priority, making that global mindset a competitive differentiator when searching for new leaders.

Sonia Prais, a partner in the retail, beauty & lifestyle practice group at Ward Howell International, acknowledged that retail is undergoing a challenging period. “However, those who move nimbly, truly listen to their customers, learn how to respond on a ‘real-time’ basis to their needs, give outstanding customer service, and truly offer a highly efficient and workable omni-channel experience that entertains their customers will prevail and thrive,” she said.

“E-commerce has delivered and will continue to deliver as promised, and stores that have over-saturated with ‘bricks and mortar’ will adjust,” Ms. Prais said. “Customers still want to visit actual stores but that option must be offered in conjunction with the most up-to-date technology, whether in the store, on a mobile device, in an office, or at home. The retailers who will win and thrive will be those who can offer a seamless shopping experience. Clients are hiring for e-commerce, mobile development and roles that enhance customer experience and enjoyment. That’s where we see big opportunities ahead for talent.”