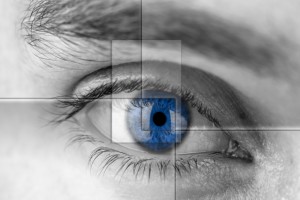 The change in leadership comes shortly after the company reported fourth quarter and fiscal year 2015 results that fell well short of analysts’ expectations. When Mr. Rouleau assumed the interim CEO post in 2013 he became the fourth CEO to take over the position in a little over a year. Herbert Mines evaluated both internal and external CEO candidates.

Mr. Becker has served as the company’s chairman of the board since 2012. He possesses deep retail experience as an investor and board member. This includes a prior directorship at national retailer Hot Topic that included a significant operational turnaround and material earnings growth. He also served, until recently, as partner and co-founder of Becker Drapkin, L.P., a Dallas-based value investment fund with a track record of success in the retail sector. He also served as CEO of Signet Jewelers and chairman at Zale Corporation.

“The board of directors comprehensive search was focused on attracting an executive to provide both high energy, stable leadership and a strategy to help ensure Tuesday Morning thrives,” said Terry Burman, lead independent director who also led the board’s search committee.

“Steve has been directly involved with every facet of Tuesday Morning’s revitalization efforts, including knowledge of our people, a deep understanding of the business and a determination to execute on critical operational initiatives. His passionate belief in the Tuesday Morning brand – together with his productive, engaged tenure as board chair and head of the office of the chairman – gives us further confidence in his ability to deliver sustained growth moving forward.”

In today’s competitive market, retailers face major shifts in the workplace that require transformational CEOs who are innovative leaders with a world view.  According to Herbert Mines, 31 percent of incoming retail CEO’s are, indeed, focused on international expansion as a key strategic priority, making that global mindset a competitive differentiator.

Tuesday Morning is a leading off-price retailer specializing in selling deeply discounted, upscale decorative home accessories, housewares, seasonal goods and famous-maker gifts. Based in Dallas, the company opened its doors in 1974 and currently operates over 750 stores in 41 states.