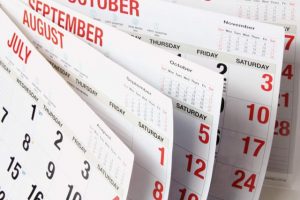 August 1, 2016 – The U.S. hiring outlook for the next six months is expected to mirror the same period in 2015 – but paychecks will likely become a little bigger, according to CareerBuilder’s 2016 mid-year job forecast. More than half of employers will raise wages for current employees, while two in five will offer higher starting salaries on job offers in the second half of the year.

The nearly one in four workers (23 percent) who plan to change jobs before the end of the year will see new job openings for full-time, part-time and temporary work.

No Hiring Dips or Spikes Expected

Information technology (68 percent), healthcare (65 percent), financial services (56 percent) and manufacturing (51 percent) are among industries expected to outperform the national average for full-time, permanent hiring in the back half of 2016.

Looking across all industries, one in six employers (16 percent) said they plan to hire more in-house recruiters in the next six months to help bring new talent in the door.

In addition to reporting the largest year-over-year gain for the percentage of employers expecting to add full-time, permanent staff, the West is also outpacing the other regions. The Northeast is the only region that reported a decline — though it is still near the national average for hiring — while the Midwest continues to lag the national average. Hiring in the South will be akin to last year and match the national average.

Here’s is a closer look at a regional cut of the report’s findings:

A third of employers (34 percent) plan to add full-time, permanent headcount in the third quarter, the same as the third quarter of 2015. Eight percent of employers expect to downsize staffs, relatively unchanged from seven percent in Q3 2015. Fifty-four percent anticipate no change and four percent are undecided. In Q2, the number of employers who actually hired was 40 percent, on par with 39 percent last year. Nine percent decreased headcount, the same as last year.

Looking at a subset of human resource managers, 70 percent feel their companies will have to start paying workers higher wages because the market has become increasingly competitive for the skills and labor needed.

Among all employers (hiring managers and human resources managers), 39 percent reported they will offer higher starting salaries for new employees over the next six months; 20 percent of all employers plan to increase starting salaries on job offers by five percent or more. More than half (53 percent) of employers plan to increase compensation levels for current employees before year end and, similar to salaries on new job offers, 21 percent said the compensation increase for existing staff will likely be five percent or more.

“Where we’ll likely see a more noteworthy change is in the area of wages,” said Mr. Ferguson. “The number of hires made each month continues to lag the number of jobs posted for key functions within organizations, and the majority of employers feel they will now have to pay workers more to attract and retain them because the talent supply is not keeping up with demand.”

Other recent reports have also shown growth in wages.

According to the ADP ‘Workforce Vitality Report,’ the U.S. labor market maintained its trend of growth in wages in the second quarter. “The positive trend in wage growth over the past few quarters suggests that wages may finally reflect the tightening labor market,” said Ahu Yildirmaz, vice president and head of the ADP Research Institute. “Employers are continuing to provide raises to their workers for retention.”

Despite wages slightly climbing, workers still feel that they need to change jobs to get a decent pay raise.