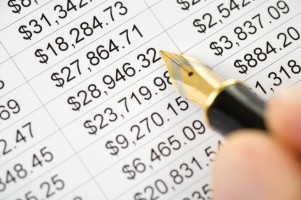 November 3, 2015 – Hudson Global Inc./(NASDAQ:HSON) reported revenue of $110 million for the third quarter of 2015, a 14 percent decrease from revenues of $149 million during the same period a year ago. The results excluded the Americas IT and the Netherlands businesses which were sold during the second quarter of 2015.

The recruiting company continued to execute on strategic actions in its previously announced efforts to focus on its core business lines and growth opportunities. In addition to the company’s Netherlands business as well as its Americas IT business, Hudson also exited its operations in Ukraine, Czech Republic, Slovakia and Luxembourg. In the third quarter, the company substantially completed the reduction in stranded support costs in the Americas following the exit of the Legal eDiscovery and IT businesses. With these strategic divestitures complete, the company intends to be a more streamlined organization that is focused on delivering sustainable profitability in its core businesses — RPO, talent management and recruitment.

“We continued to deliver constant currency gross margin growth in key markets and practices in the third quarter, including Asia Pacific and Recruitment Process Outsourcing (RPO). We are narrowing the gap toward profitability and expect to deliver positive adjusted EBITDA in the fourth quarter,” said Stephen Nolan, chief executive officer. “Our focus remains on driving growth in our core markets through selective investments in fee earners, while reducing costs.”

Also during the quarter, Hudson Global named Patrick Lyons as chief financial officer and chief accounting officer. Mr. Lyons joined Hudson in 2006 and most recently served as vice president, planning and prior to that as CFO of Hudson Americas.

In October, the company added Ian V. Nash to its board of directors. He brings to Hudson nearly 30 years of experience in the recruitment industry. He served as CFO of Robert Walters PLC from 2001 to 2007 and as CFO of Michael Page International PLC from 1988 to 1999.