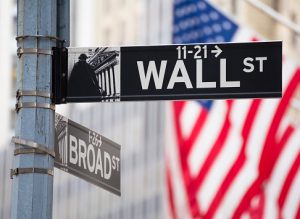 April 26, 2016 – Chicago-based Heidrick & Struggles International/(NASDAQ:HSII) has posted first quarter revenues of $130.2 million, a 13.1 percent increase from revenues of $115.2 million during the same period a year ago. This topped Wall Street forecasts, which had expected $125.3 million. Excluding the impact of exchange rate fluctuations which negatively impacted results by $3.3 million, or 2.9 percent, consolidated net revenue increased $18.3 million or 15.9 percent.

Executive search and leadership consulting revenues rose 13.8 percent to $121.8 million from $107 million in the 2015 first quarter. Excluding the impact of exchange rate fluctuations which negatively impacted results by $3.2 million, or three percent, net revenue in this business increased $18 million or 16.8 percent.

Net revenue from culture shaping services increased just 2.8 percent, or $0.2 million, to $8.3 million from $8.1 million in the 2015 first quarter. Heidrick invested $2.2 million in new and existing leadership and client service talent for this segment of its business, presumably to help bolster growth. Last year, culture shaping contributed $36 million, or roughly 6.5 percent, to the firm’s global business, rising 4.5 percent on the year.

“Culture shaping is important to clients and will become even more so,” said Jon Harmon, Heidrick’s vice president of corporate communications. “We are confident that culture will be an increasingly larger part of our revenue and are determined to invest in its growth.” Mr. Harmon said the company recently hired five new experienced consultants within its culture shaping business. “As they ramp up on our platform, they will contribute to the growth of this important business.”

In a separate study, Korn Ferry Hay Group found that “driving culture change” ranks among the top three global leadership development priorities. “Culture is no longer seen as an afterthought when considering the business focus of an organization,” said Noah Rabinowitz, senior partner and global head of KF Hay Group’s leadership development practice. “Culture is the X-factor. It’s the invisible glue that holds an organization together and ultimately makes the difference between whether an organization is able to succeed in the market or not.”

Organizational culture has reached a tipping point, said Larry Senn, founder and chairman of Senn Delaney, the Heidrick company focused on transforming cultures. Most CEOs obviously know that culture matters and that it can have a strong impact on business results. But “companies that focus on culture are becoming icons for job seekers, especially the future generation of leaders who place a premium on work-life balance and culture fit in choosing where to work,” he said.

Heidrick reported first quarter earnings of $1.3 million, or seven cents per share, compared to net income of $3.4 million and diluted earnings per share of $0.18. Those results did not meet Wall Street expectations. The average estimate of three analysts surveyed by Zacks Investment Research was for earnings of 20 cents per share.

“Our first quarter results reflect continued strengthening of our executive search business, with especially strong results in the Americas and Europe driving revenue growth,” said Tracy Wolstencroft, president and chief executive officer. But, he said, the results also reflected investments in non-search businesses to improve its ability to serve clients as well as to deliver growth and profitability going forward.

During the quarter, Heidrick appointed Catherine Lepard as head of its Americas retail practice, a new position at the company. With more than 20 years of experience working on the front lines with leaders in the retail sector, Ms. Lepard focuses on helping recruit high performing teams who can accelerate change and drive performance for client companies. Her work includes partnering with boards and CEOs to conduct targeted industry and geographic talent benchmarking.

Heidrick also has appointed Jenni Hibbert in London to lead its financial services practice in the U.K. She has responsibility for managing the company’s U.K. financial services business, overseeing a team of approximately 40 individuals with a focus on providing executive search and leadership counsel to top-tier financial institutions.

During the quarter, Heidrick also named Bonnie Gwin and Jeff Sanders as co-managing partners of the company’s global CEO & board practice groups. Ms. Gwin, based in New York, had previously served as managing partner of the Heidrick’s board practice in North America where she focused on succession planning and searches for both directors and CEOs across a wide range of industries. Mr. Sanders, who joined Heidrick in 1997, is co-located in the New York and San Francisco offices and has led the company’s North American CEO practice for the past eight years.

Heidrick acquired Decision Strategies International (DSI) in February, a Philadelphia-based strategy and leadership advisory firm. Founded in 1990 by Paul Schoemaker, DSI has advised some of the world’s best-known organizations, specializing in strategic planning and decision making in uncertain operating environments, leadership development, and talent strategy. Twenty-five employees, including five partners, have come to Heidrick with the deal.

Lyndon A. Taylor was appointed head of its Chicago office in January. He is active in the company’s financial services and CEO / board practices. Mr. Taylor rejoined Heidrick & Struggles in 2014 after spending the previous decade at Russell Reynolds Associates.

That same month, Heidrick tapped Carlos Garcia to serve as head of its Los Angeles office. He is active in the firm’s supply chain & operations search practice and work with clients in its healthcare and life sciences practice sectors.

“To grow and strengthen our business around the world, and provide greater return to our shareholders, we must continue to invest in attracting, developing and retaining the very best professionals,” said Mr. Wolstencroft. “Investments in new executive search talent in 2015 contributed to revenue growth in the Americas and Europe in the first quarter. I am confident that these investments will have a positive impact on the growth and profitability of our business in the future.”

Heidrick & Struggles’ shares have declined 12 percent since the beginning of the year. In the final minutes of trading on Monday, shares hit $23.92. The company has a current market cap of $441 million.

For the current quarter, the company said it expects revenue in the range of $145 million to $155 million.