Stay Connected:
Wages are on the rise for jobs impacted by seasonal hiring while U.S. wage growth is up 1.7 percent. Let’s take a closer look into ADP’s most recent salary report as well as other studies on wages. Here’s the latest. 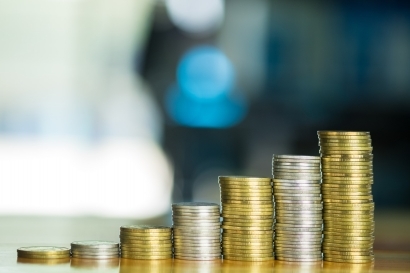 October 23, 2017 – Overall wage growth increased by 1.7 percent year-over-year across all industries in the third quarter, according to the latest ADP Workforce Vitality Report.

The report tracks the same set of workers over time, which provides a more insightful picture of wage growth than overall wage growth.

This set of workers included job holders, who stayed in their same job for at least one year, and those who changed jobs, referred to as job switchers.

Considering wages across industries, the service sector proved to be more attractive for job switchers than the goods sector. Across most service industries, job switchers’ wage growth exceeded that of job holders. Full-time workers who switched jobs to the leisure and hospitality industry gained the most with a 6.9 percent increase in wages. Looking at those who stayed in their jobs, the information industry led the way in wage growth in the third quarter where job holder’s wages increased by 5.1 percent.

“Despite the deceleration we’ve been experiencing in overall wage growth we continue to see evidence of the strengthening labor market when you look at specific areas,” said Ahu Yildirmaz, co-head of the ADP Research Institute. “As employers strive to retain skilled workers, we see wage increases for full-time job holders in all sectors. Most notable are the information and construction industries.”

Labor market dynamics across all regions showed some variability. The average wage level for job holders in the Midwest was the lowest of all four regions with a rate of $27.14 per hour. This could be because of the weak goods-sector and relative cost of living in this area. Additionally, although the South had the lowest wage growth, it also had the highest employment growth which reflected the recent pattern of above-average economic growth the region experienced prior to hurricanes Harvey and Irma.

To summarize the trends across a variety of dimensions: The strongest wage growth was found in the West, the leisure & hospitality and information industries, among women and younger workers, workers with little job tenure and those employed by large companies.

“After six consecutive months of falling pay growth, workers got some positive news with a slight uptick in average wage growth to two percent,” said Dr. Andrew Chamberlain, chief economist at Mill Valley, CA-based Glassdoor. “We will be watching eagerly to see if this starts a trend in the opposite direction. We are also closely watching retail, and while the holiday season is still months away, retailers are already making preparations to fill short-term positions in time for the holiday buying rush. Jobs typically associated with this seasonal swing in hiring, including cashiers and warehouse jobs, are seeing above-average pay growth.”

Expectations of wage increases are higher for the latest quarter, according to a new Business Conditions Survey released by the National Association for Business Economics. The report found 47 percent believe wages will rise over the next three months. That’s up from 44 percent who expressed that view in a similar survey released during the second quarter. And when asked whether they had raised wages and salaries last quarter, 47 percent said they did.