Menu
Stay Connected:
Employers are planning to draft new talent this summer, with many looking to recruit full-time workers. Let’s take a look into a recent hiring report by CareerBuilder. 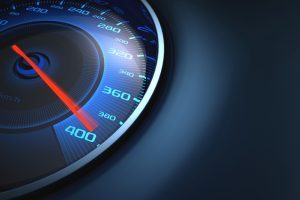 June 20, 2017 – The summer job market is upon us and with good news: Companies are stepping up their seasonal hiring. Forty-one percent of employers plan to hire workers for the summer, a significant jump from 29 percent last year. Of those who are hiring summer workers, 34 percent are hiring a friend, 30 percent a family member and 19 percent their child.

The national survey was conducted online by Harris Poll on behalf of CareerBuilder and included representative samples of 2,587 full-time employers (of which 2,380 are in the private sector) and 3,420 full-time workers across industries and company sizes.

Not all summer jobs are temporary. A large majority of employers hiring this summer (79 percent) say they will consider some summer hires for permanent positions, up from 76 percent last year.

“Don’t approach your summer position as if it’s only a temporary job,” said Rosemary Haefner, chief human resources officer at CareerBuilder. “From the start, find out what your responsibilities are, what is expected of you and how your job impacts the company’s bottom line. You should view it as an extended job interview. This is an opportunity for the company to get to know you, to show them what you bring to their organization and to show how you can become a valuable asset.”

Forty-eight percent of hospitality employers and 34 percent of retailers said they will be adding summer jobs this year. Although summer jobs are commonly associated with these segments, employers across industries are hiring summer help for a variety of professional and support positions including: engineering, information technology, customer service, office support, sales, manufacturing and banking.

More than three in four employers hiring for the summer (79 percent) will pay their summer hires more per hour on average — up from 74 percent in 2016. One in five employers (19 percent) plan to pay $20 or more per hour. More than three-fourths of employers hiring for the summer (76 percent) plan to offer their seasonal workers pay increases if they work with their organization for more than one summer.

For job seekers hoping to secure a seasonal position, 34 percent of employers hiring for the summer say they typically complete their hiring in May — 31 percent are already done (typically finish in April or before). Twenty percent finish in June, nine percent in July and another seven percent in August.

According to the latest “Employment Outlook Survey,” released last week by ManpowerGroup, U.S. employers expect hiring to pick up in the third quarter, with 24 percent planning to add staff between July and September.

“Employers across the country are optimistic but don’t want to get ahead of themselves,” said Michael Stull, senior vice president, Manpower North America. “In most sectors, employers reported relatively stable hiring plans with some upticks – most notably in durable goods manufacturing, where there are the strongest hiring intentions in more than nine years. Technological disruption is rapidly changing skills needs, especially in manufacturing as the marketplace transitions from typical labor to more advanced roles. To keep up, we’re seeing employers increasingly invest in training and development programs so people can learn while they earn,” he said. “We’re focused on building programs to help workers get the skills they need for tomorrow while staying employable today.”

Unemployment Rate Falls to 16-Year Low
Employers added 138,000 jobs last May as the U.S. unemployment rate fell to 4.3 percent, the lowest since 2001. During the month, the number of workers unemployed dropped to 6.9 million marking the 78th straight month of job growth.

A company’s workforce is clearly its most valuable asset. The largest expense on any employer’s balance sheet is headcount, and investing in employees and their skills are absolutely critical to an organization’s success. Smart employers are acting now to ensure they have the most highly skilled and productive workforce to ensure their organization is prepared for whatever business challenges are coming.