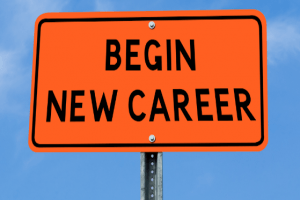 January 6, 2017 – A new year means new beginnings, new opportunities, new resolutions, and for some workers, a new job. According to a new CareerBuilder survey, more than one in five workers (22 percent) are planning to change jobs in 2017, similar to last year (21 percent).

Among younger workers, the numbers are even higher. More than a third of workers ages 18 to 34 (35 percent) expect to change jobs in 2017, compared to 30 percent last year. This compares to 15 percent of workers ages 35 and older. Millennials, it seems, can’t sit still in one job for too long; what this means for their long term career prospects hasn’t yet fully been determined.

The survey, which was conducted by Harris Poll on behalf of CareerBuilder and included a representative sample of 3,411 workers across industries, found 35 percent of workers are regularly searching for new job opportunities, even though they’re currently employed. That marks a one point increase since last year (34 percent).

“Whether it’s unemployed people trying to find their way back to the workforce or those who are currently employed attempting an upgrade to greener pastures, a new year makes many people set their sights on job hunting,” said Rosemary Haefner, chief human resources officer (CHRO) for CareerBuilder. “To keep your top workers, you need to keep a pulse on what they’re seeking. For example, poll your employees from time to time to learn more about their goals and motivations and how they want to be treated.”

When asked what extra perks would make them more willing to join or stay with a company, the most popular choices workers pointed to include half-day Fridays: 40 percent; on-site fitness center: 27 percent; being able to wear jeans: 23 percent; daily catered lunches: 22 percent; having own office: 22 percent.

While job seekers are stepping up their efforts to find new employment, hiring managers in the U.S. seem prepared to meet them halfway by hiring more professionals in 2017. However, hiring managers are likely to be more cautious with their hiring plans than in the past two years, according to the semi-annual hiring survey by DHI Group. More than half (56 percent) of hiring mangers anticipate increased hiring levels in the first half of 2017. But this is a six point drop from when this group was last surveyed in June and a five point drop from a year ago.

With the election over and Donald J. Trump assuming office two weeks from today, companies are poised to step up hiring plans that have been on hold since the summer. And from what we can tell, employees are ready to make their next job moves now. Here’s some further reading from Hunt Scanlon.

More Than Half of U.S. Employees Are Seeking New Jobs
Employees spanning all generations are looking at industries outside of the current one they are working within for new opportunities. The top industries candidates are considering migrating to include technology & software, entertainment, communications, banking & finance and consulting.

Companies Continue Upbeat Hiring Forecast
U.S. companies in aggregate have added jobs every month for the last six years, and the latest forecast from CareerBuilder shows this trend will continue. One third of employers plan to add full-time, permanent employees during the next three months and 37 percent plan to hire temporary or contract workers.

Employee Confidence Soars As Workers Gain Leverage
More than half of American employees believe if they lost their job they would be able to find a new job matched to their experience and current compensation levels in the next six months. This reveals the second-highest confidence in the U.S. job market since Glassdoor began its survey in 2009.

With the U.S. economy nearing full employment capacity, companies are facing a confluence of staffing and talent management issues that reflect the changing nature of the labor market. Seventy six percent of HR professionals, according to a new study by the ADP Research Institute and The Economist Intelligence Unit (EIU), expect the market for skilled workers will continue to tighten and 75 percent anticipate turnover in the next three years. This new landscape stands to drive competition for talent. For executive recruiters, this likely signals more business ahead in 2017.

“As the struggle to find the right talent continues, and candidates with in-demand skills get the upper hand, employers will be under pressure to position themselves as ‘talent destinations’ to attract the best workers that will drive their business forward,” noted Mr. Wright.

Competition is indeed fierce for skilled talent. “That means it’s more important than ever that companies resolve to invest in the recruitment and development of top talent and explore creative, progressive staffing solutions,” said Joyce Russell, Adecco Staffing USA president.