Menu
View our Events
Stay Connected:
Sixty-five percent of hiring managers expect to hire before the end of the year, driving competition for talent to new highs. Let’s take a look at the latest hiring forecast. 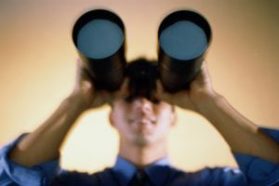 July 24, 2017 – A record number of hiring managers in the U.S. anticipate bringing aboard more employees in the next six months, according to the semi-annual hiring survey from DHI Group, an online career resource and talent acquisition platform for technology professionals and other select professional communities.

The expected rise in hiring comes at a time when unemployment is low and demand for skilled professionals is high, driving competition in the recruitment market amongst employers.

“The survey last year hit during a tumultuous political season in America and prior to the election of Donald Trump as President,” said Michael Durney, president and CEO of DHI Group. “It would seem that whatever concern was paralyzing employers’ hiring earlier in the year has since abated.

The report also found that almost half (46 percent) of hiring managers note the time to fill open positions has lengthened relative to last year, primarily driven by the inability to find qualified candidates (47 percent) and becoming more discernable while waiting for the perfect match (28 percent).

“The time to fill open positions is at peak levels and the pressure is on for America’s employers. Offering competitive pay, excellent benefits and employee perks is essential for any company who wants to attract skilled tech talent,” said Mr. Durney.

Recruiting budgets are expected to be more robust than last year, according to 35 percent of respondents. Companies are receiving the message on recruiting tactics, but not necessarily regarding pay. More than half (55 percent) of hiring managers anticipate salaries for new hires to trend upwards relative to last year; however, that’s dipped from the past two surveys (November and June 2016) when 58 percent of respondents expected higher salaries.

Summer Hiring In Full Throttle
The summer job market is upon us and with good news: Companies are stepping up their seasonal hiring. Forty-one percent of employers plan to hire workers for the summer, a significant jump from 29 percent last year.

On the other hand, certain recruiting strategies are being leveraged more frequently as employers are eager to get talent in the door. The most common is more firms paying for relocation (53 percent in 2017, compared to 50 percent in 2016) and there’s a rise in companies offering employee perks like free lunches, snacks, gym memberships and unlimited vacations (45 percent in today versus 44 percent last year) as a competitive advantage—although today perks are the norm and any firm not offering them are in the minority.

Sourcing and building a bench of talent continues to be a priority for many companies, as 76 percent of hiring managers say it’s more important than a year ago, according to DHI Group. Many hiring managers broaden their search (51 percent) beyond local talent when a position is difficult to fill. Recruiters are managing expectations, too—only 26 percent say they keep positions open until the perfect match is found, a tick down compared to the 32 percent who said this six months ago.

“In order for companies to get ahead, recruitment has to be regarded as a continual process and they need to have an ongoing conversation with prospects,” said Mr. Durney. “Recruiters today know the best way to be efficient is by understanding the talent they want to attract and creating highly targeted messaging, like through Lengo, to promote the employer brand. Employers who do this will build value in their brand and assemble a solid pipeline of star talent.”

“Events dominating national headlines have had a polarizing effect in the U.S., but most employers remain confident in their outlook for financial growth and plans for hiring,” said Matt Ferguson, CEO of CareerBuilder. “Job seekers stand to benefit not only from having more options, but also from the growing intensity in the competition for talent.”

Workforce Summer Fling Could Set Up Race for Workers This Fall
U.S. employees are more willing than ever to test their options. According to one recent report, 25 percent of workers might be heading to greener pastures this summer.

Since the financial crisis of 2008, there has been an emergent skills gap that has plagued almost every industry. Numerous reports continue to come out citing that lack of quality talent is an issue among companies despite the large amount of people seeking new employment opportunities. “Companies that are growing want to hire really good people, and when you have an unemployment rate under five percent, there’s a shortage of them,” said Tom Gimbel, chief executive officer of recruiting firm LaSalle Network.

“Often the challenge for hiring executives isn’t the quantity of available candidates; instead it’s the increasing difficulty in finding talent that is qualified, with the right skills and cultural fit for the position,” said Jim Link, chief human resources officer (CHRO) of Randstad North America. People are the key factor linking innovation, competitiveness and growth for companies today, he said. “But securing skilled workers is getting more complex and challenging than ever before.” As organizations further increase their hiring activity, he added, low unemployment means business leaders will have to work harder at hiring and keeping quality talent particularly as employees gain more options and confidence to change employers.

Hiring Boom Predicted for Second Half of 2017 Summer Hiring In Full Throttle Employers Report Strongest Q2 Hiring Outlook In 10 Years Employees Will be Easy to Lose and Hard to Hire in 2017 Here’s the No. 1 Reason Workers Are Seeking New Jobs In 2017 What Are the Greatest Hiring Needs of 2017?