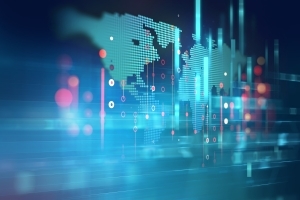 October 24, 2017 – IRC Global Executive Search Partners (IRC) has appointed Rohan Carr, director of IRC Australia (the Insight Group), as its new president. He takes over for Patrick Westerburger (IRC Netherlands), who has served in the role since 2014.

“Rohan is the right leader to take IRC to the next level,” said Mr. Westerburger. “He understands the challenges that our clients are facing both in traditional and emerging markets. Rohan has been on the IRC executive board for three years and thanks to his significant contributions IRC became one of the most agile executive search organizations in the world. Under his presidency our clients will benefit from his expertise in every corner of the world.”

Prior to his 20 years in the executive search industry, Mr. Carr worked in the chartered accounting, corporate advisory and stockbroking industries. He started his search career at IRC Australia (the Insight Group) as an associate before joining Heidrick & Struggles where he spent three years as a consultant. In 2002, he returned to IRC Australia as a director, where he now serves a range of private and public organizations across a variety of industry sectors including financial services, manufacturing, not for profit, professional services and education, which is his major practice area. Mr. Carr has been a member of the board of IRC since 2014 and also heads the education practice globally.

“I am honored and excited to take over the reins of an organization which is so strong and vibrant,” said Mr. Carr. “I look forward to working with all our members to build on Patrick’s legacy.”

Michael Kantel, managing partner IRC Germany, has also joined the IRC executive board. Mr. Kantel, who is also the IRC industrial/production global practice leader, joined IRC in 2006. Since that time, he has actively contributed to the development of the alliance. His main role on the board will be to support the business development activities of IRC member firms.

With a growing roster of executive search firms across Europe, the Middle East, the Americas, Africa, Asia and Australia, IRC Global now has more than 300 executive search professionals in 80 offices across six continents. Here’s a look at some recent expansion activity at the global consortium:

In May, it named Tom Berray, managing partner of Cabot Consultants, as its new Americas leader. Mr. Berray took over from Jane Lyons, managing partner of Rhodes Associates, who stepped down after two years as the IRC Americas regional leader. He has worked in executive search for more than 15 years.

IRC also recently added Hunter Executive Placement in Israel as a member firm. Over the last decade, Hunter Executive has established itself in matching executive talent with key positions, both locally and internationally. The firm serves a wide array of industries including the financial services, banking and technology sectors.

Check Out These Related Articles On Recruiting Consortiums: