Menu
View our Events
Stay Connected:
New workforce report by ADP offers a region-by-region breakdown of wage growth in recent months and on the horizon. Let’s take a look at the latest findings. 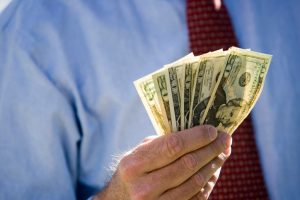 “In the second quarter, job holders experienced a slight acceleration in wage growth on a yearly basis across most industries,” said Ahu Yildirmaz, co-head of the ADP Research Institute. “This could be a result of increased efforts by employers to retain their employees as the labor market continues to tighten and skilled talent becomes scarce.”

Boston Consulting Group not only is posting positions on Ezayo, they’ve just joined our global advisory board! BCG’s Center for Knowledge & Analytics team is expanding and requires proactive sourcing of high quality Knowledge professionals for key roles across the Americas. If you want to support talent acquisition activities across the Americas at this top global consulting firm, Apply Now!

Considering wages across industries, the service sector proved to be more attractive for job switchers than the goods sector. Across most service industries, job switchers’ wage growth exceeded that of job holders. The information industry led the way in wage growth in the second quarter where job holders wages increased by 5.2 percent. Meanwhile, full-time workers who switched jobs to the leisure and hospitality industry gained the most with a 6.7 percent increase in wages.

Workforce dynamics vary across regions. The region that remains the strongest is the West, which despite exposure to commodities and the high dollar, benefits from strong demographics, booming tech, tourism and international trade, and a recovering housing market. The workforce vitality index for the West has advanced by 5.2 percent over the past year. The West also leads other regions in terms of wage growth of holders, and growth has edged higher over the past year. Employment growth remains solid at 2.3 percent and job switchers are benefiting from a modest bump in pay.

The Northeast is doing surprisingly well also given its exposure to the weak economy in Europe. Wage growth of 4.3 percent for job holders has been stable over the past year. The respectable pace may be due to the higher share of educated workers who are in high demand in the region’s knowledge-based industries, including education, finance, tech and professional services. The region’s weak demographics render it more difficult for employers to find suitable workers, driving higher wages of both holders and switchers. Employment growth is lagging behind the national average.

Wage growth for job holders has been stable in the Midwest, but job switchers are faring less well and employment growth has been sluggish. The region has high exposure to the struggling global economy as well as high exposure to commodities. While oil prices have begun to rebound, crop prices have not. Yet, wage growth, at 4.4 percent, slightly outpaces that in the Northeast.

Finally, the South, which has a high share of low-wage jobs and also high exposure to commodities, is experiencing slightly more modest wage gains for holders, although gains have accelerated in recent quarters. Similarly, at 2.9 percent, switchers in the South can expect a smaller raise than in other parts of the country. Employment trends remain in the lead along with the West.

In summary, the strongest wage growth can be found in the following groupings: in the West, in the leisure & hospitality and information industries, among women and younger workers, among workers with little job tenure and among those employed in large companies.

Expectations of wage increases are higher for the third quarter than the second quarter, according to a new Business Conditions Survey released by the National Association for Business Economics. The report found 47 percent believe wages will rise over the next three months. That’s up from 44 percent who expressed that view in a similar survey released in April.

And when asked in the July survey whether they had raised wages and salaries in the second quarter, 47 percent said they did. The July survey also asked about hiring difficulty, and slightly more than one third of panelists also reported their firms did face some difficulty over the last three months. On the other hand, 27 percent reported no difficulties. The remainder either did not hire or were unable to answer for their firms. Common approaches for recruiting new employees for those firms that faced hiring problems included increase salary offers or a focus on training internal candidates.

“But employment growth remains positive,” said National Association for Business Economics’ survey chair Emily Kolinsky Morris, “and panelists do report some firming in capital spending, though not necessarily related to policy developments, as the vast majority of respondents continues to cite no change in hiring or investment decisions in the wake of post-election developments. Pricing power — or lack of it — and labor costs are generating some headwinds for a significant number of firms.”

However, according to some reports, wages are expected to slow. A new forecast by the Hay Group division of Korn Ferry revealed that in the U.S., a three percent salary increase is predicted for this year. Adjusted for the 1.1 percent inflation rate, the real wage increase is 1.9 percent.