Menu
View our Events
Stay Connected:
Wages are on the rise for jobs impacted by seasonal hiring while U.S. wage growth is up two percent – with Boston, San Francisco and Washington, D.C., leading the way. Let’s take an up-close look salary trends. 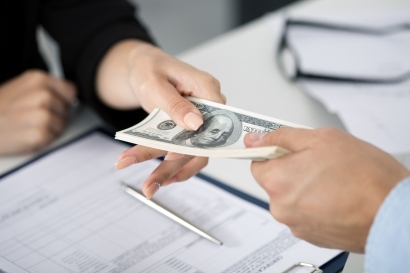 “After six consecutive months of falling pay growth, workers got some positive news in August with a slight uptick in average wage growth to two percent,” said Dr. Andrew Chamberlain, chief economist at Mill Valley, CA-based Glassdoor. “We will be watching eagerly to see if this starts a trend in the opposite direction. We are also closely watching retail, and while the holiday season is still months away, retailers are already making preparations to fill short-term positions in time for the holiday buying rush. Jobs typically associated with this seasonal swing in hiring, including cashiers and warehouse jobs, are seeing above-average pay growth.”

Wages Up for Retail Positions as Seasonal Hiring Begins

Wage growth continues for jobs in retail, as well as positions that directly support retailers. There are more than 614,000 open jobs in the retail industry on Glassdoor. Cashiers (up 3.7 percent to $27,701) and store managers (up 3.2 percent to $48,422), who handle the front end, and truck drivers (up 5.7 percent to $52,079), who haul consumer goods on the back end, saw above-average pay growth in August. Pay growth was also up for warehouse associates (by two percent to $40,784) who pull orders, handle packages and sort goods to ship for online retailers.

Among the jobs experiencing the biggest declines in year-over-year pay growth in August, attorneys topped the list (down three percent to $92,241).

“There has been a huge oversupply of law school graduates in recent years compared to how many traditional positions are open, and a lot of new lawyers are not finding jobs with law firms,” said Dr. Chamberlain. “Instead many are heading into more general business management, roles with nonprofits, journalism, government or public policy.”

Loan officers (down one percent to $44,832) and operations analysts (down 0.1 percent to $53,147) continued to experience a decline in wage growth this month; these are jobs for which automation and software is replacing the need for human labor.

For a list of jobs with the biggest pay declines, visit the Glassdoor Economic Research blog.

Although it is still early, future salary growth might well be helped by the growing number of states and municipalities that have enacted or are considering legislation that makes it illegal for employers to ask job applicants about their pay at past jobs. Delaware, Massachusetts and Oregon have already passed such laws. Last month, the California legislature approved a bill banning employers from asking about previous salary, but it remains uncertain whether Gov. Jerry Brown will sign it.

Twenty five states have looked into such bills this year, according to the Society for Human Resource Management. Such legislation was passed but vetoed in New Jersey and Illinois, the association said.

Among the more prominent cities to recently prohibit questions about past salary are New York City and San Francisco, which signed bills into law in June and August respectively

Expectations of wage increases are higher for the latest quarter, according to a new Business Conditions Survey released by the National Association for Business Economics. The report found 47 percent believe wages will rise over the next three months. That’s up from 44 percent who expressed that view in a similar survey released during the second quarter.

And when asked whether they had raised wages and salaries last quarter, 47 percent said they did. The survey also asked about hiring difficulty, and slightly more than one third of panelists reported that their firms faced some difficulty over the last three months. On the other hand, 27 percent reported no difficulties. The remainder either did not hire or were unable to answer for their firms. Common approaches for recruiting new employees for those firms that faced hiring problems included increase salary offers or a focus on training internal candidates.

“But employment growth remains positive,” said National Association for Business Economics’ survey chair Emily Kolinsky Morris, “and panelists do report some firming in capital spending, though not necessarily related to policy developments, as the vast majority of respondents continues to cite no change in hiring or investment decisions in the wake of post-election developments. Pricing power — or lack of it — and labor costs are generating some headwinds for a significant number of firms.”